The dessert shop brings a donut filled with honey to the market – complete with white chocolate icing made from citrus fruits, mini cakes and a honeycomb chip

A dessert shop has unveiled a honey-filled donut – complete with white chocolate icing made from citrus fruits and a honeycomb chip.

Sydney’s Donut Papi has partnered with New Zealand honey company Waimete Honey Co in an unparalleled collaboration to launch the Save the Bees donuts to help protect bees.

The $ 8.50 decadent donuts are only available for two weeks and feature a white citrus chocolate glaze with pure honey bullseye, a mini honeybee-shaped cake, and a white chocolate honeycomb sliver with wattleseed.

Food lovers can enjoy a delicious sweet treat and support Australia’s smallest but busiest workers, with $ 1 donated to Save the Bees Australia for every donut sold.

As global bee populations shrink, Waimete Honey Co has worked to aid the fight to save the country’s vital bees.

The brand’s parent company, Egmont Honey, practices ethical beekeeping practices, including not using beehives for commercial pollination, to avoid exposure to pesticides and other chemicals. 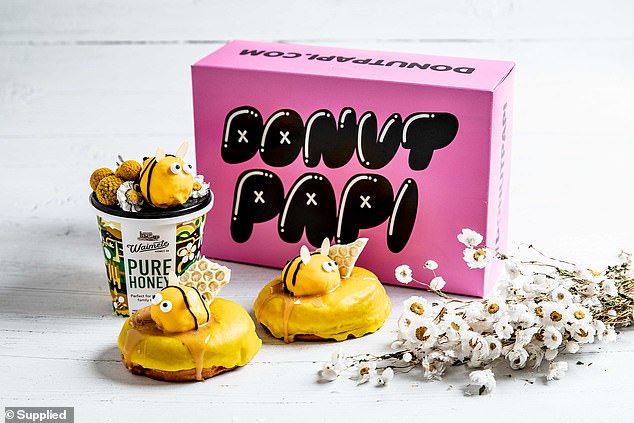 And now the two brands have teamed up to raise awareness of the problem.

Save the Bees donuts will be available from Wednesday January 20th through Sunday January 31st. So visit the donut shop in Redfern before it sells out.

Marmite’s new Dynamite spread with CHILLI sells on eBay for 350% more than the RRP of £ 3.99

Russia is developing a helicopter drone to destroy other drones

EU, DiCaprio and GWC are joining forces to protect biodiversity