Just in time for summer, McDonald’s is launching 38 new Frozen Coke flavors worth $ 1 – including blueberries, mangoes and pineapples

Guests can order the ultimate refreshment for a range of slushies in time to enjoy during the summer season.

For just $ 1, customers can get a large frozen cola paired with one of seven new flavors of their choice – including grapes, raspberries, pineapple, lime, blueberries, mango and vanilla.

With the various combinations, guests can mix more than one flavor to create their own drink. This means that customers can choose from 38 flavors. 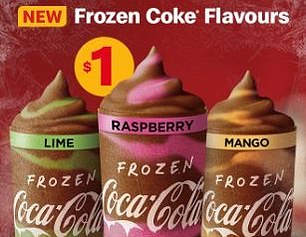 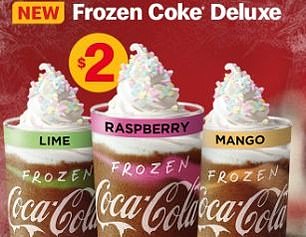 Diners can get a $ 1 frozen cola or upgrade their drink for an additional $ 1 for toppings like a creamy, soft serve topped with carbonated fruit lollipop sprinkles

To take your slushy to the next level, you can get toppings for an extra dollar.

Diners can upgrade to a $ 2 Frozen Coke Deluxe, which comes with a swirl of soft serve and a sprinkling of carbonated lollipops.

For the more reserved, however, all of your usual favorites are on the menu, including the original Frozen Coke and Frozen Coke No Sugar.

There are also Frozen Fanta flavors to choose from, including lime, vanilla, mango, pineapple, raspberry, blueberry, and grape. 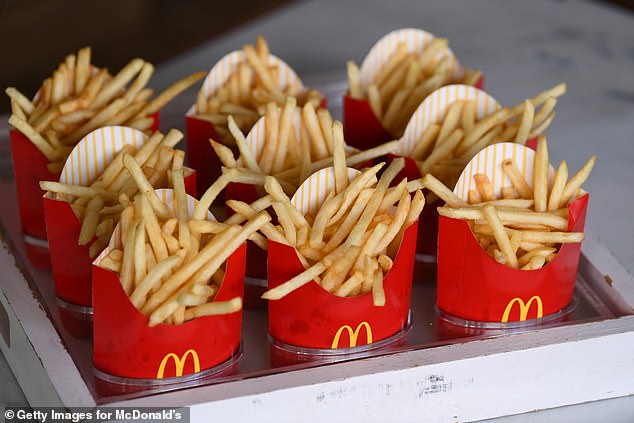 The new Frozen Coke flavors come just a day after the fast food chain announced that it would offer large fries for just five cents through the first half of December.

Diners can grab the bargain fries, which typically cost $ 3.55 when ordering through the MyMacca app and using Apple Pay as their payment method.

The exclusive offer is available to the first 500,000 customers until Monday, December 14th.

The offer is only available in participating stores – and only one redemption per customer is permitted.

Most dangerous countries in the world revealed for 2021

Dan Toombs, AKA The Curry Guy, turns to Thai food with a new book