The great Christmas sandwich taste test! FEMAIL tries out the festive sarnies of the high street

Turkey breast and oak smoked ham with coleslaw and seasoned chutney. Although the name of this sandwich was promising, I was bitterly disappointed after sticking to this co-op number. The coleslaw really saved the day in an otherwise a bit overwhelming and dry Christmas garnie. And there was almost no seasoned chutney – Izzy Nikolic 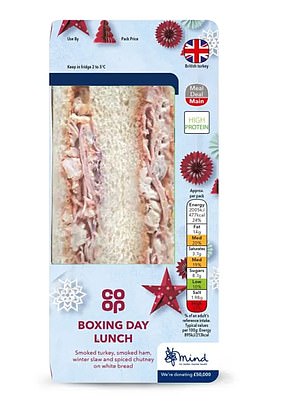 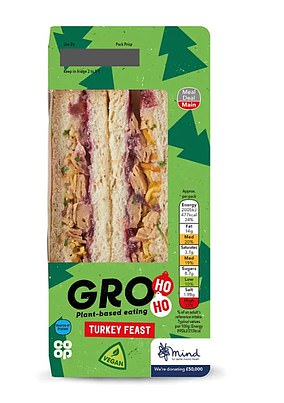 Co-op Boxing Day Lunch (left) was the only one-star sandwich on the list. Izzy Nikolic described it as “disappointing” while their vegan offering didn’t impress Danny Hussian, who “could tell right away” that it wasn’t a turkey

I could tell right away that this wasn’t a turkey, I took a couple of bites but couldn’t finish. At first I didn’t mind the taste, but it really built up on me after a few bites until my mouth was dry. I’m not a vegan, but I wouldn’t wish that to anyone – Danny Hussain 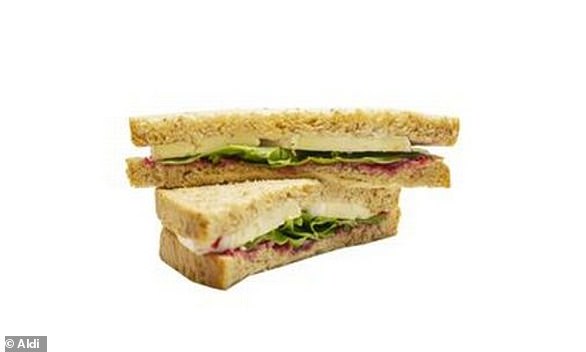 As a cheese lover, I had high expectations of brie and cranberry for Aldi malt bread. Unfortunately, I was hungry for more and didn’t get any gourmet reviews. The amount of cheese was forgiving enough, but the cranberry didn’t go with it as well as it could have been. It gave it a strange aftertaste after taking a few bites in it. Despite the cranberry jam, the sandwich tasted pretty bland and felt dry to the touch. Others did better – Claire Toureille

This Asda offering went its way on lots of festive vegan sarnies, just too many contrasting flavors to make, and overall moist sarnie. I love some festive flavors, but the very soft sage and onion bread was overwhelmed by the sage in the sandwich – individually all flavors nice, but not well put together.

Bubble and Squeak is a wonderful annual french fry for a boxing day sandwich, but honestly it tasted damp and cheap. I couldn’t taste much beyond the sage and onion bread. – Bridie Pearson-Jones 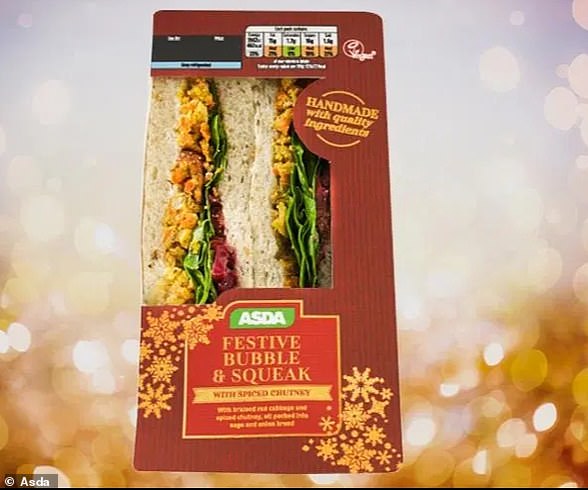 “Too many contrasting flavors and overall moist Sarnie” – Bridie Pearson-Jones

For 2000 years, all of Christendom agreed that pigs in blankets are the best part of the December 25th dinner. Unfortunately, the festive enjoyment is somewhat clouded by this inconspicuous handheld version. While one can forgive the awkwardness of the sandwich, which tends to fall apart with chunky ingredients a la sausage, the fatal flaw here lies in the sheer lack of imagination emanating from the two lean slices of Milquetoast white bread. The packaging screams “Christmas”, but the taste buds moan for “grace”. – Henry Martin 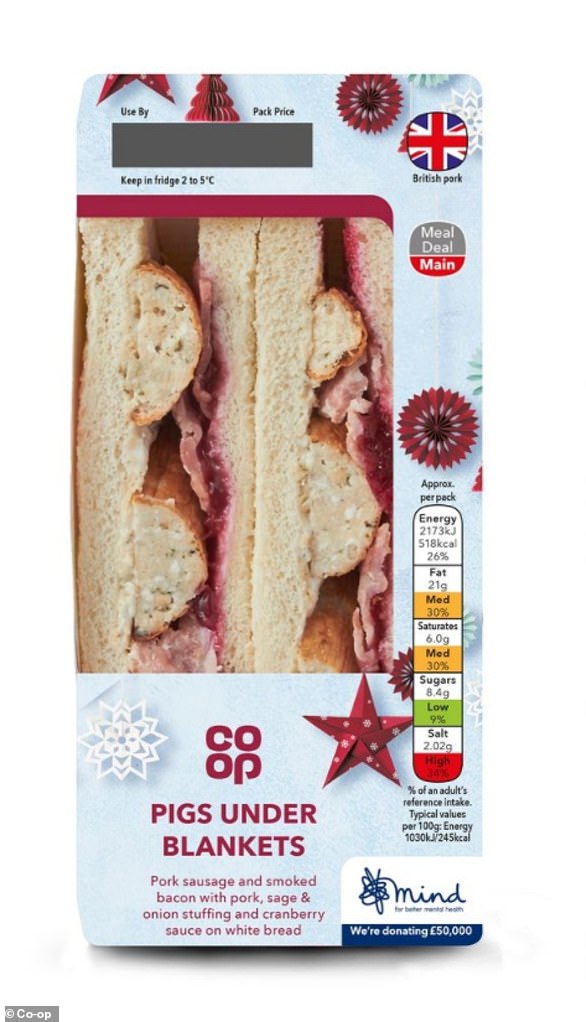 I would have loved to have eaten the crispy onions but they drowned completely, a miss for me. – Alex Vincent 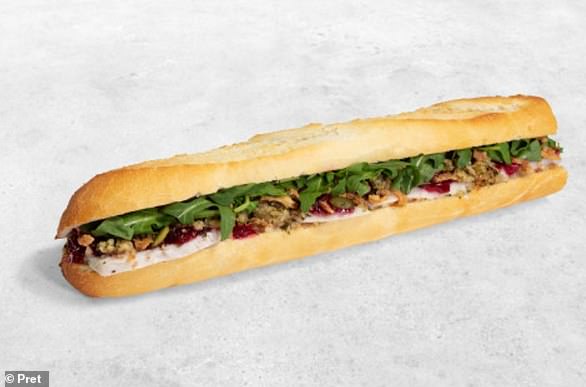 The bread was damp from the chutney in the sandwich and the cheese was thin and tasteless, it tasted really processed and cheap, I would avoid it. – Bridie Pearson-Jones 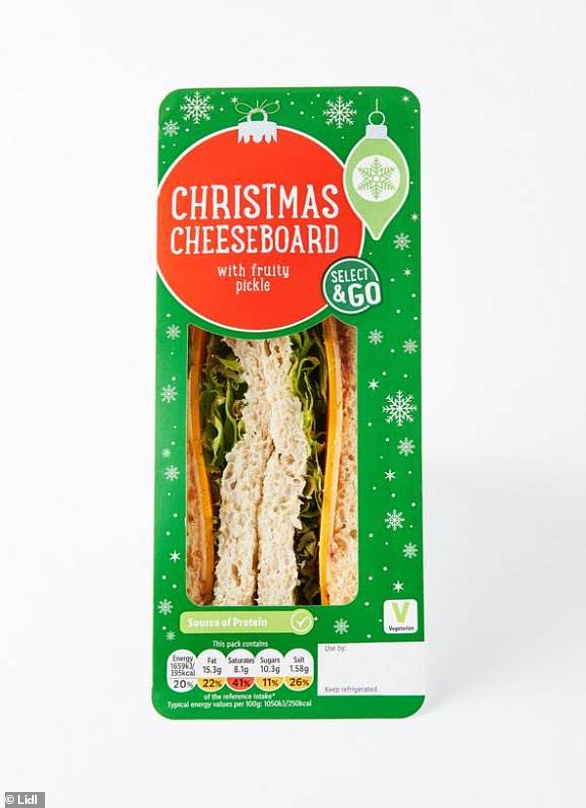 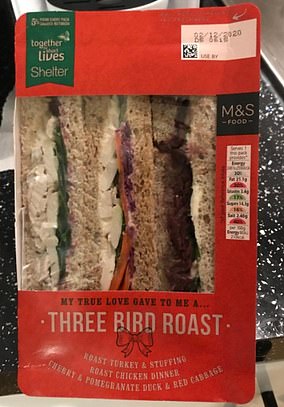 I didn’t think I’d like this, but the duck and cabbage surprised me pleasantly – weren’t too dry and the flavors worked well. The fried chicken and turkey filling was tasty too and it was nice to have the variety. – Jessica Rach rating:

I didn’t think I’d like this, but the duck and cabbage surprised me pleasantly – weren’t too dry and the flavors worked well. The fried chicken and turkey filling was tasty too and it was nice to have the variety. – Jessica Rach

There was a good amount of sausage in this bun but the bread was too soft for me. I liked the sage and onion flavors that came through, but the texture of the sub alongside meat, which are basically glorified cocktail sausages, put me off. – Alex Vincent 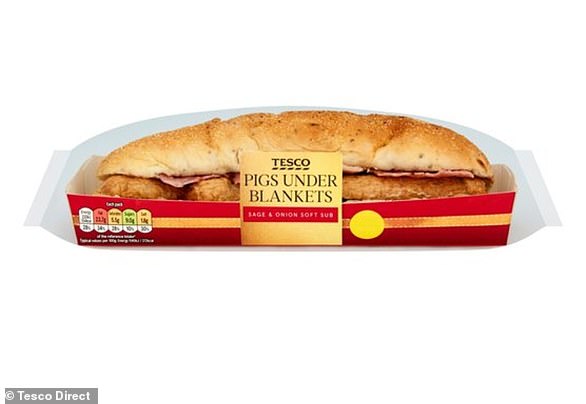 Cheap and not cheerful, the shrimp mayo lacked any distinction in taste, just a creamy mess, while the turkey tasted like paper. – Alex Vincent 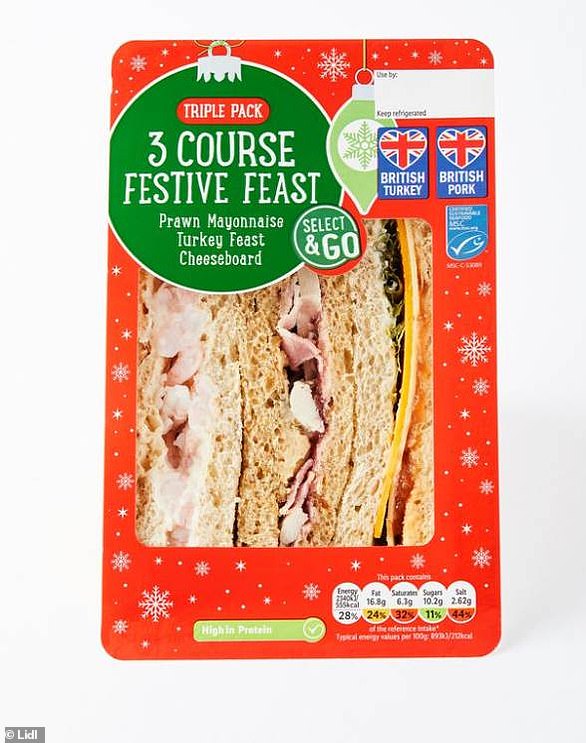 The chicken sandwich was a disappointment. No real references to thyme and the sauce was bland. The potato and parsnip bread felt clumsy and it needed something extra like cranberry sauce instead of the turkey mayo. Give this one a festive bust! – Jonathan Trilllwood 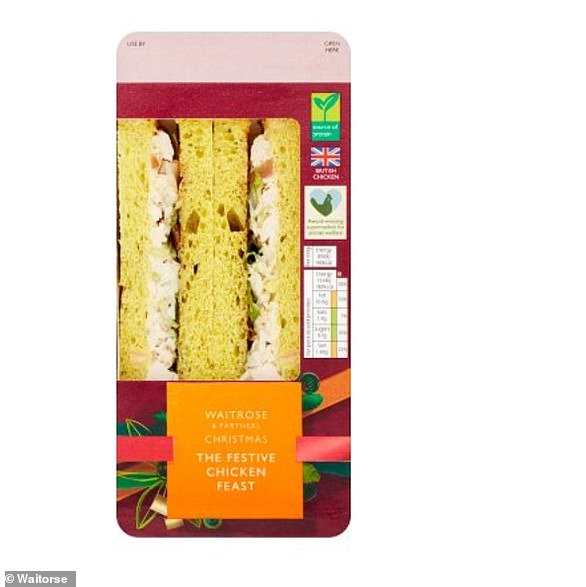 I just found out that I tested this wrap last year and although I gave it three out of five at this point, I didn’t remember it and I can understand why! The butternut squash fritters and roasted red cabbage are okay, but not particularly exciting, and it really could use a little more crunch.

I appreciate Starbucks which smothered everything in cranberry sauce like other vegan or vegetarian Christmas sandwiches, but it was definitely pretty dry and could have used a lot more vegan mustard mayo. A bit boring overall – but will fill a void if you’re hungry. – Siofra Brennan 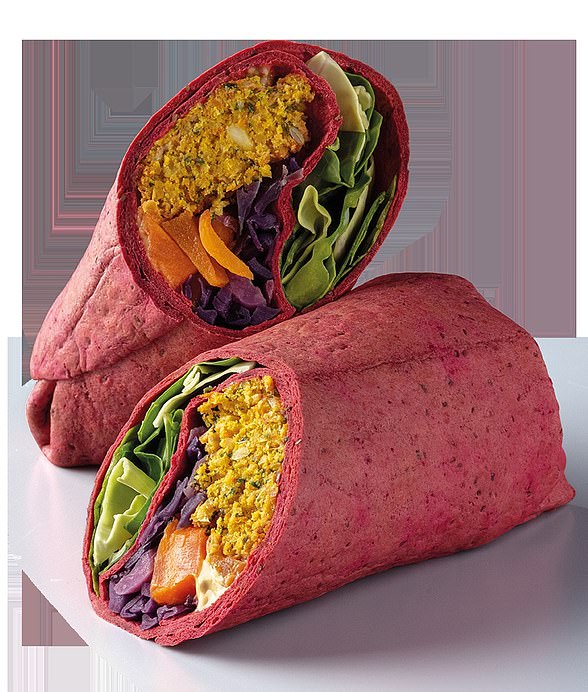 As much as I enjoyed the pork, sage, and onion filling, it gave this wrap a strong sausage-like flavor that detracted from the turkey a little. Can’t say I could really taste the port in the sauce, but maybe that’s not such a bad thing for a lunch indulgence. As I often find with wraps, it’s a little more wrap at the bottom than filling, so I peeled off a couple of layers to get the most of the tasty filling. All in all, a satisfying bite that didn’t knock me out. – Hayley Richardson 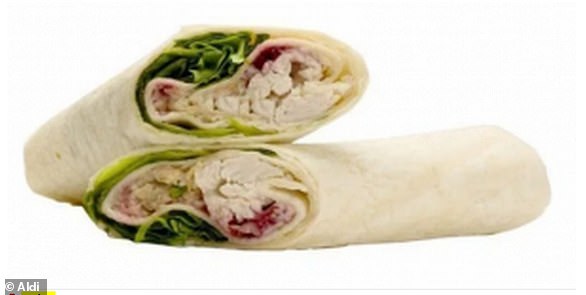 This sandwich is a treat for the meat lovers out there and is filled with juicy sausages and crispy bacon. But while the mayonnaise and lingonberry keep the sandwich from getting too dry, much less could have been done to keep the flavors from being as presumptuous as they were.

Apart from that, it remains a delicious lunch treat. The filling ratios were surprisingly good. My sandwich was full enough without anything falling out. – Jessica Green 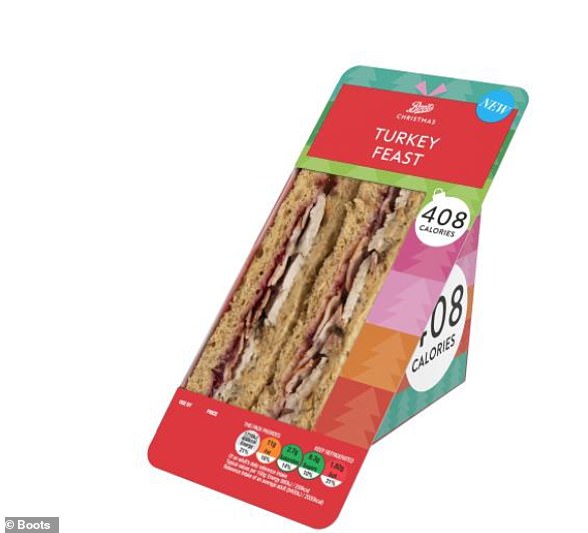 Jessica Green thought Boots Turkey Sandwich was “a treat for meat lovers out there”.

Christmas is all about being full to the brim and taking care of that aching stomach while lying motionless before the Royle family reruns.

Unfortunately, you won’t be satisfied with the Boots Christmas Sandwich – the flavors are reminiscent of Christmas past, but the lack of a filling for each of these sandwiches means this special three-pack emphasizes quality over quantity. The Ham Hock and Pear Chutney was the standout, but I won’t be climbing down chimneys to grab these again. – Chris Bridger-Linning 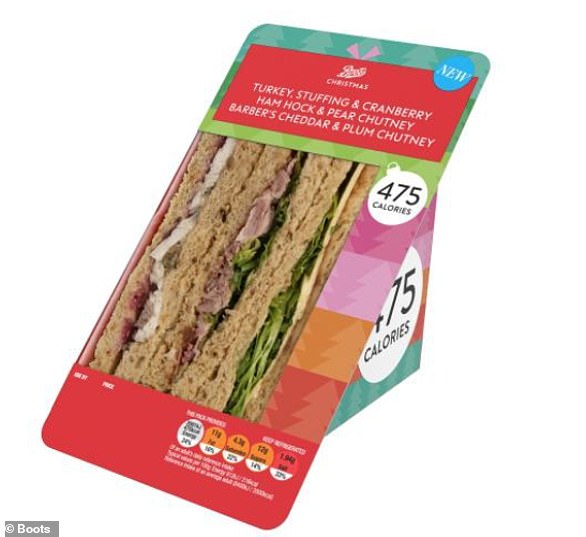 There’s just too much going on in this sandwich. While the hassle of shoving all of the ingredients into a sandwich is admirable, the sprouts are not well cooked and frankly they just seem like an awkward mess to maneuver your way around.

I was looking forward to the potato rosti in there, but when it’s cold there is no festive warming. Paul’s baguettes are usually great – but that was a failure for me. – Bridie Pearson-Jones 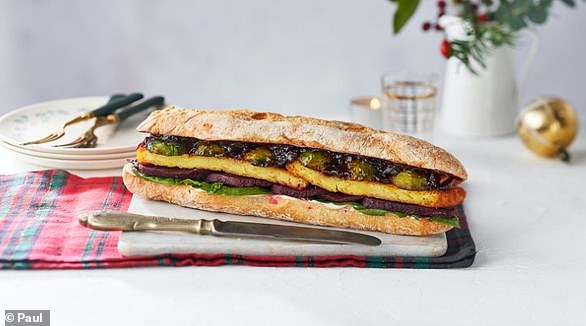 I’m not a fan of Christmas sandwiches, but this one wasn’t bad. It wasn’t overfilled with turkey meat and the packaging meant it wasn’t too clumsy.

The mango chutney, curry mayo, and coleslaw meant it was fresh, festive, and juicy – but it could definitely have been more fun. – Jessica Rach

Fragrant, flowery and festive. When it appeared, I expected it to be dry, but it was good and had a high level of moisture. I’m not the biggest fan of roast fruit, but the apple slice between the cranberry sauce and poppy seed bread really burst the sandwich and gave the Sarnie the perfect Christmassy, ​​sweet yet savory kick. I could have done without the sultana, but I love the idea of ​​a parsnip sandwich and will definitely be rushing one on Boxing Day – Bridie Pearson-Jones 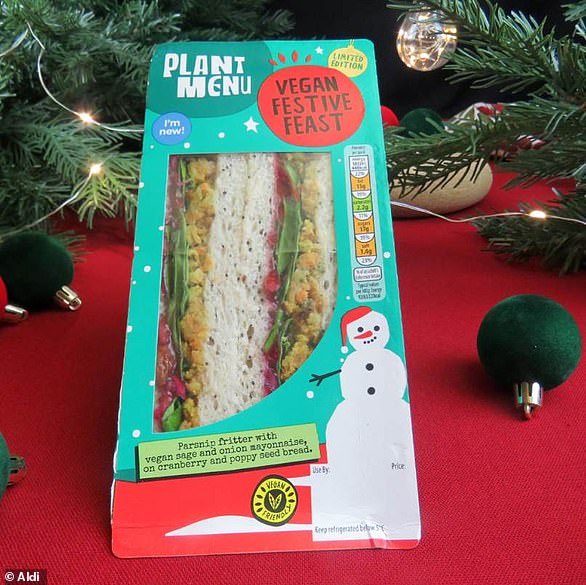 The vegan roasted root wrap was better than I thought – and had a tough audience as I’m not a fan of parsnips or carrots – the main part of the fillings. However, it tasted fresh, festive, and healthy – a decent vegan option. – Jessica Rach 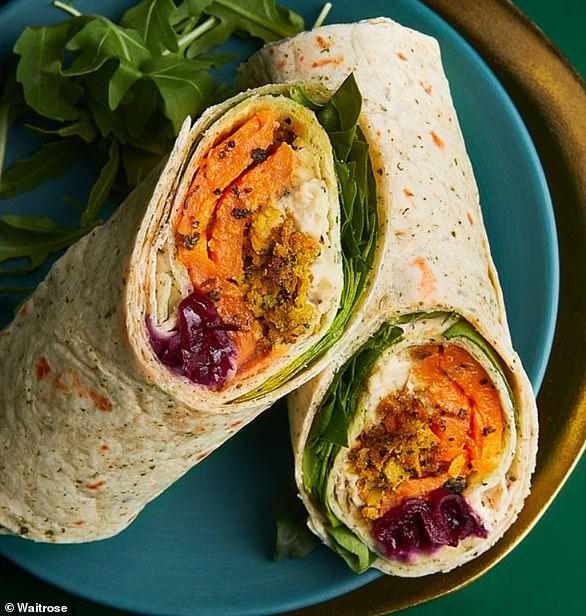 I’m afraid I became a bit of a bread snob in lockdown, indulging in sourdough bread on weekends while whipping up my own. Because of this, this sandwich was a disappointing experience for me. The bread was very very soft and couldn’t hold the filling which was disappointing too.

The brie was mild while the cranberry was very strong. – Bridie Pearson-Jones 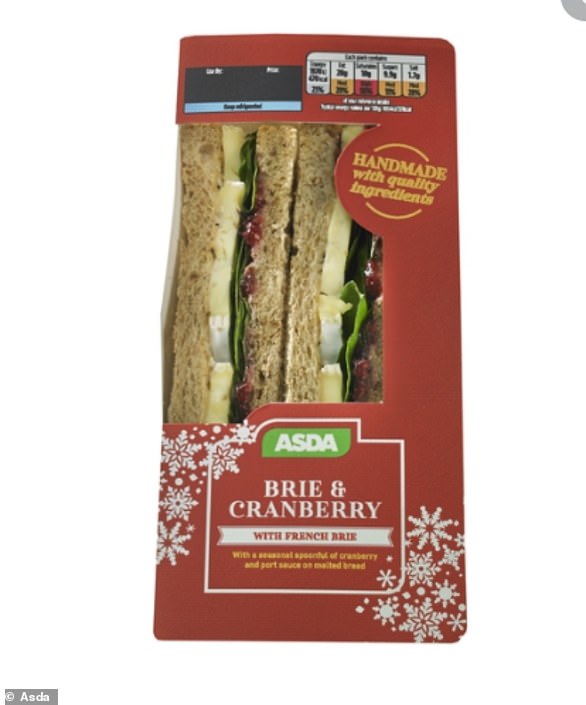 I dutifully ate these in the correct order. The prawn cocktail was a little sauce heavy but felt like a decent starter for the main event, a turkey and filling sandwich that was stuffed with meat and made moist with sage and onion mayonnaise. I’ll admit I was pretty full by the time the cheese course entered the equation, but the ripe West Country cheddar turned out to be pretty easy to devour. – Jo Tweedy 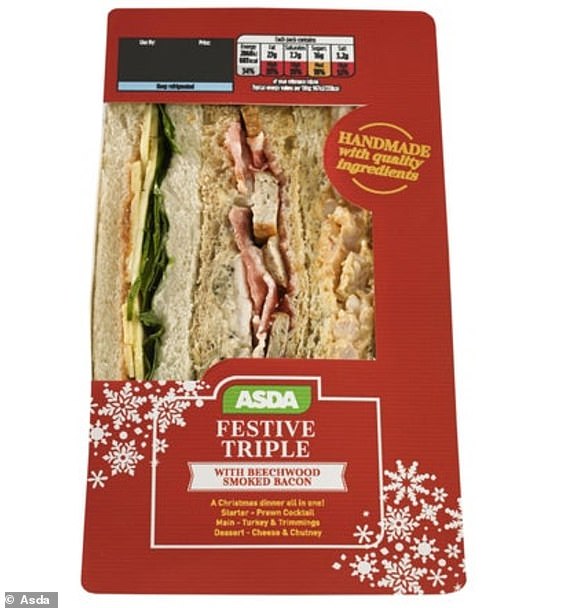 Jo Tweedy said the shrimp cocktail sandwich at Asdas Festive Triple was “sauce heavy,” but the turkey and ingredient sandwich was meat-filled and very moist

As much as I’m usually a strong advocate of a double carbohydrate load, the butternut squash in cold bread doesn’t quite work for me. This isn’t too dry, which is always a fear with vegan nut roasts, and the flavors are more subtle than many high street offerings. To my personal taste, the overall sandwich has too many floral flavors, but it’s a good option for anyone who enjoys a blast of Christmas in a few bites as it has nuts, chestnuts, pumpkin seeds, sunflower seeds, parsley, rosemary, but disappointingly this cape probably the best pieces of the crispy onions and caramelized pecans. – Bridie Pearson-Jones 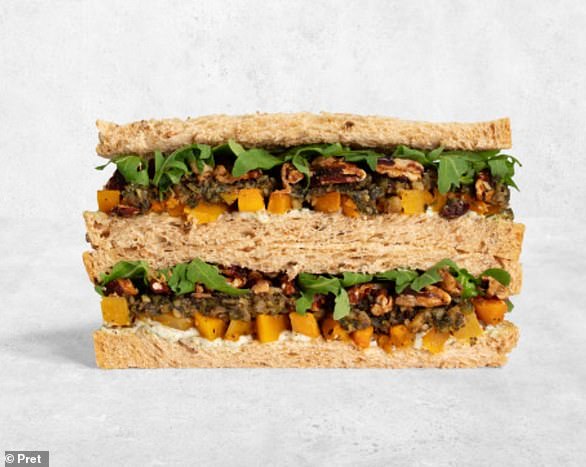 I respect Pret’s boldness in including the pistachio in the infallible Christmas classic of a brie cranberry baguette.

The bread was soft, chewy, and excellent French, and the brie was wonderfully creamy, but there wasn’t nearly enough cranberry as it seems to disappear halfway up the baguette.

The arugula inside is very peppery and completely overwhelmed the other ingredients. I love arugula in a salad, but the strength of the ingredients here took a bit off an otherwise excellent lunch. 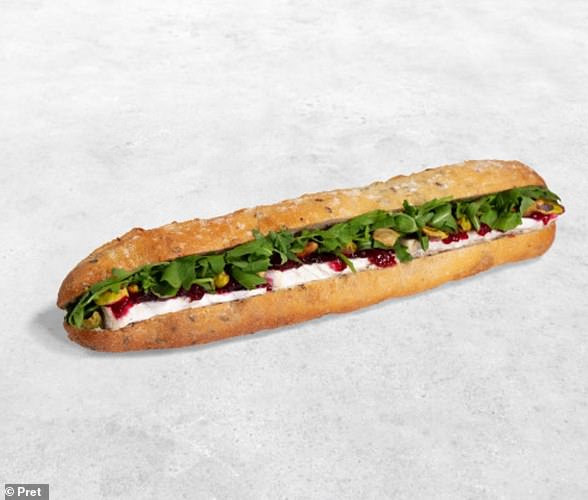 I’m not a fan of Christmas sandwiches, but this one wasn’t bad. It wasn’t overfilled with turkey meat and the packaging meant it wasn’t too clumsy.

The mango chutney, curry mayo, and coleslaw meant it was fresh, festive, and juicy – but it could definitely have been more fun. – Jessica Rach

There’s a lot of pork filling in this festive Sarnie, with the added bonus of strong flavors from the tangy apple sauce and the filling with sage and onions. The bread is extremely soft and tastes fresh. However, the seasoned mayonnaise and fried onions meant that the flavors were sometimes unusual – rather than the flavor one would often expect from a Christmas deal. – Jessica Green 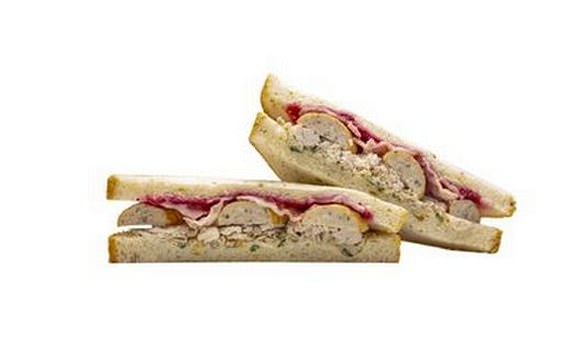 Jessica Green thought there was a lot of abundance in this Sarnie, but it was out of season

Great British Boltholes: A Review of The Miter, London

How Much Does Homeowners Insurance Cost? (And Is It Worth It?)

An illegal opera house for Sevastopol?