Farewell Butch, the King of the Caribbean: The glamorous founder of Sandals Resorts died at the age of 79 but left an incredible legacy

True visionary: Butch Stewart, who died at the age of 79

Truly extravagant characters in the world of travel are as rare as black rhinos. The last invitation I received from Gordon Butch Stewart, the glamorous Sandals founder who died at the age of 79, was not to be missed.

It was a cool November night at St. Katharine Docks in London and it couldn’t have felt further from its Caribbean home, but Butch didn’t care. He wore his striped shirt aboard his yacht, The Lady Sandals, and was throwing a sumptuous dinner with his usual relaxed warmth, enthusiasm, and generosity. His business motto was in action: find out what people want, give it to them and exceed their expectations in the process.

On the other side of the table, his son Adam, now chairman of the company, outlined their plans for the future. Butch was in his element; his legacy is offered to his audience.

Stewart was born in Kingston, Jamaica in 1941. At the age of 12 he was already selling fresh fish to local hotels. But he always longed to start his own business, and in 1968 he took the big risk that would change his life – he bet that early air conditioning would be a hit on the island. He offered to represent an American company in Jamaica. The product flew off the shelves.

More than a decade later, he found a shabby hotel on a stunning beach in Montego Bay and spent millions renovating the flagship of the world’s most popular all-inclusive resort chain. The rest is history.

Stewart was a disruptor in a boring and simple market. He made vacation dreams come true: sandals introduced affordable luxury with refined service with white gloves. Activities, transfers, tips, and drinks were all taken care of so guests could really relax.

He insisted that his resorts (there are now 15 in Jamaica, Barbados, Bahamas, St. Lucia, Antigua and Grenada) are on “the absolute best beach,” and he pioneered overwater villas and swim bars.

The lackluster tourism industry in Jamaica was driven by Stewart’s vision. He was director of the Jamaica Tourist Board for a decade, and in 1994 led a group of investors to take over the helm of the failing Air Jamaica. A decade later, he returned it to the government with a sales increase of more than $ 250 million. 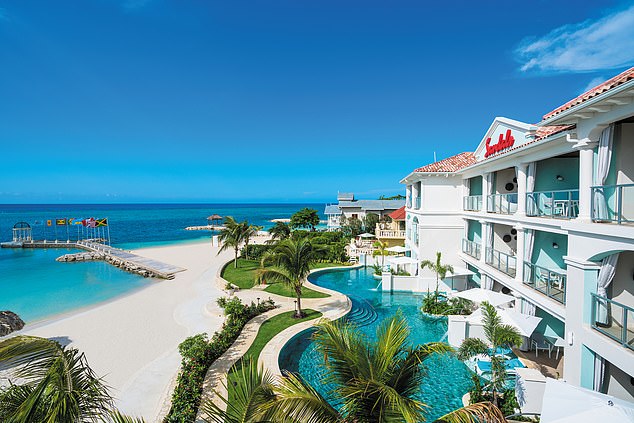 This is evident in his philanthropic work. In 2009, the Sandals Foundation was formed to build schools, pay teachers, and provide health care to people in need. Three years later he founded Sandals Corporate University to develop his employees professionally.

Jamaican Prime Minister Andrew Holness says he mourns the loss of one of the “most brilliant, innovative and transformative business minds” on the island.

Boba Fett’s book is out for Christmas 2021