Over the years Keith Floyd, Nigel Slater, Nigella Lawson, and Rick Stein have never been far from our television screens, often after trips abroad.

Like them, we got used to returning home hoping to recreate this life-changing bowl of Cacio e Pepe on the Colosseum side in Rome.

How about a recipe for an inspirational vacation on hold? Here you will find a selection of classic dishes to revive your wanderlust in lockdown … 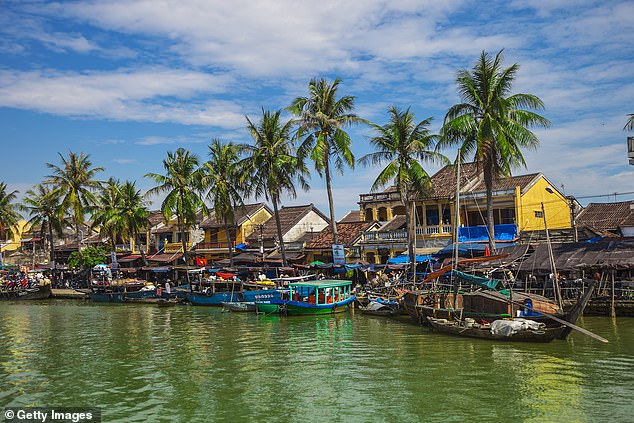 Bun Cha is originally from Vietnam and Barack Obama enjoyed the dish on a visit to the country in 2016. The picture shows the Thu Bon River in Hoi An

This dish can also be referred to as Vietnamese meatballs, as grilled ground pork is accompanied by rice noodles, herbs, and pickled vegetables.

The Make or Break element is a dip sauce made from fish sauce, vinegar, sugar, garlic and chilli. Bun Cha is light, spicy, easy to put together and comes from the northern capital Hanoi.

WHERE: The court’s most famous appearance was in 2016, when the late chef Anthony Bourdain and then-US President Barack Obama shared a meal at the Bun Cha Huong Lien in Hanoi – as seen on the TV series Parts Unknown.

Most Italians turn their noses up at spaghetti Bolognese. So how about the Italian classic Tagliatelle al Ragu from Bologna? Recipes vary, but a base of finely chopped carrots, celery, and onions is just as important as the inclusion of wine (red or white).

Many also swear by a dash of milk or cream – Mary Berry caused outrage with it in 2017, but her recipe, which can be found online, is a good one.

WHERE: Located near Piazza Maggiore, Osteria dell’Orsa (osteriadellorsa.it) has been serving ragu (£ 8) since 1979. 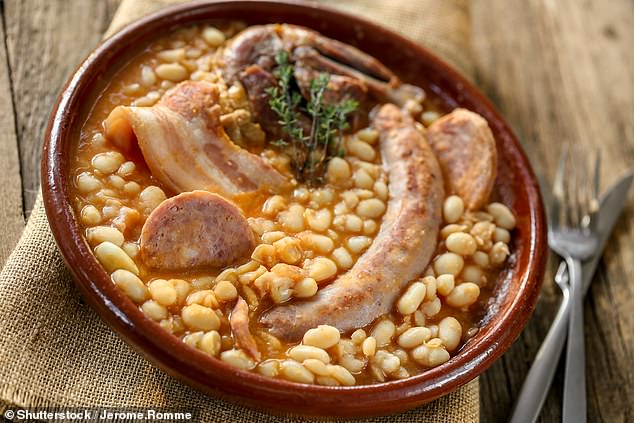 Cassoulet is a herb-filled meat and bean stew that is said to originally come from the small town of Castelnaudry, near Toulouse and Carcassone in France

If you travel to the south of France, you are likely to find many versions of cassoulet. The herb-filled meat and bean stew is said to originally come from the small town of Castelnaudry near Toulouse and Carcassone, which serves cassoulet with duck confit.

Recipes are discussed, but the consensus is that the key is the beans (haricot or cannellini) which should be tender but not falling apart and full of herbal flavors.

Raymond Blanc’s recipe is available online and is a great place to start.

WHERE: Le Tirou (tirou.fr) in Castelnaudry which serves a three course meal with cassoulet for £ 35.

A favorite in Tokyo, Katsu Don is a breaded pork chop cooked with onions, eggs, and served over rice. The key component is the soy, mirin, and dashi (fish broth) sauce that balances the spicy and salty with the rich eggs and pork.

WHERE: Go to Katsukichi in Shibuya District, where the dish costs around £ 10 (bodaijyu.co.jp/en/). 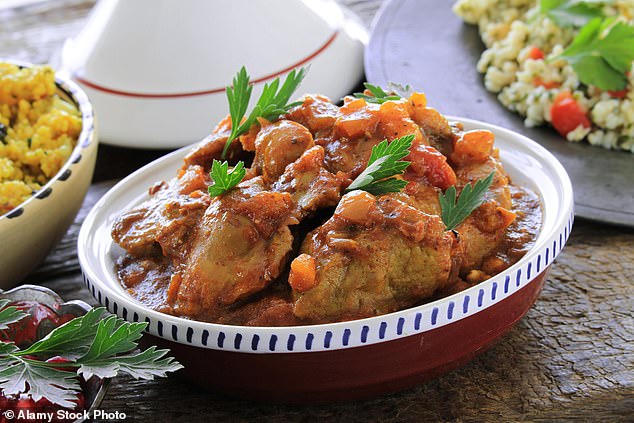 Lamb is the basis for most tagines and other ingredients include turmeric, paprika, ginger, cinnamon and dried fruits such as apricots, sultanas and dates

Punchy spices, fresh herbs, and strong citrus notes could be just the thing to brighten up a lockdown evening. Tajines get their name from the clay pot used for cooking, but any baking dish will do. Lamb is the most famous base, or you can try a vegetarian version.

Ingredients are turmeric, paprika, ginger, cinnamon and dried fruits such as apricots, sultanas and dates. Rick Stein, Nigella Lawson, and Nigel Slater all have versions.

WHERE: Try the Henna Art Café in Marrakech (marrakechhennaartcafe.com), which has food from £ 2.50 and is a short walk from Jemaa el-Fna Square.

In the 15th century, a group of nuns at the Santa Clara Monastery in Puebla, Mexico crafted a sauce of chilies, spices, nuts, and chocolate that they served to a visiting archbishop.

Mole means to mix, and there are hundreds of variations, but the key ingredients are chocolate and chili. Look out for a recipe (Wahaca founder Thomasina Miers has a few) with dark chocolate and smoky ancho chillies. 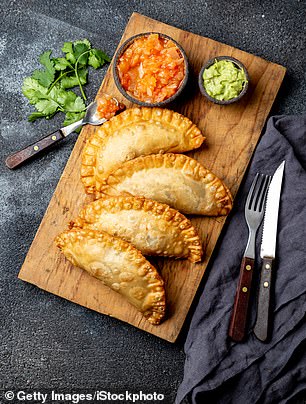 The illustrated fillings for empanadas range from beef to lamb, chicken, seafood and vegetables

The Argentine empanada is similar to the Cornish pasty and is the perfect meal for the cold winter months.

In the UK, we may not know the cuisine of this South American country very well, but The Food of Argentina (blackwells.co.uk, £ 25.64) is a great introduction.

The fillings vary from beef to lamb, chicken, seafood and vegetables. The empanadas in Patagonia’s Tierra del Fuego are shortcrust pastry with lamb, spices, chopped hard-boiled eggs and olives: warm, calming and delicious.

Britain loves fish and chips so much that it was one of the few foods that was protected from rationing during the world wars.

Try making your own with mashed peas and tartar sauce. Light batter is key, and very hot oil when frying ensures everything is crispy. Tom Kerridge is a good start to a recipe.

WHERE: St. Andrews (standrewsrestaurant.co.uk) has been on Portobello Beach in Edinburgh for 100 years. A haddock dinner costs £ 7.80.