The prestigious Dezeen Awards 2020Run by architecture and design website Dezeen and now in its third year, the event took place this week in a series of online ceremonies.

The awards identify “the world’s best architecture, interior and design” as well as the studios, architects and designers who produce “the most outstanding work”. A jury made up of a group of international architects, designers and scientists selected the winners after the competition received 4,300 entries from more than 80 countries.

And the winning projects are just amazing.

These include a striking greenhouse, a magical bike path that winds around the treetops, a capsule hotel that doubles as a library and bookstore, and a chic bar with a collection of amber-colored insects.

BEST ARCHITECTURAL PROJECT AND RURAL BUILDING – THE RED ROOF BY TAA DESIGN: The Red Roof in Quang Ngai, Vietnam, was built on the roof of a house that was remodeled with the installation of stepped planters and red plaster of paris and tiles. According to Dezeen, TAA Studio has “created multi-purpose courtyards and agricultural gardens that are woven into the space from the ground floor to the roof and reflect the lifestyle of the local people.” 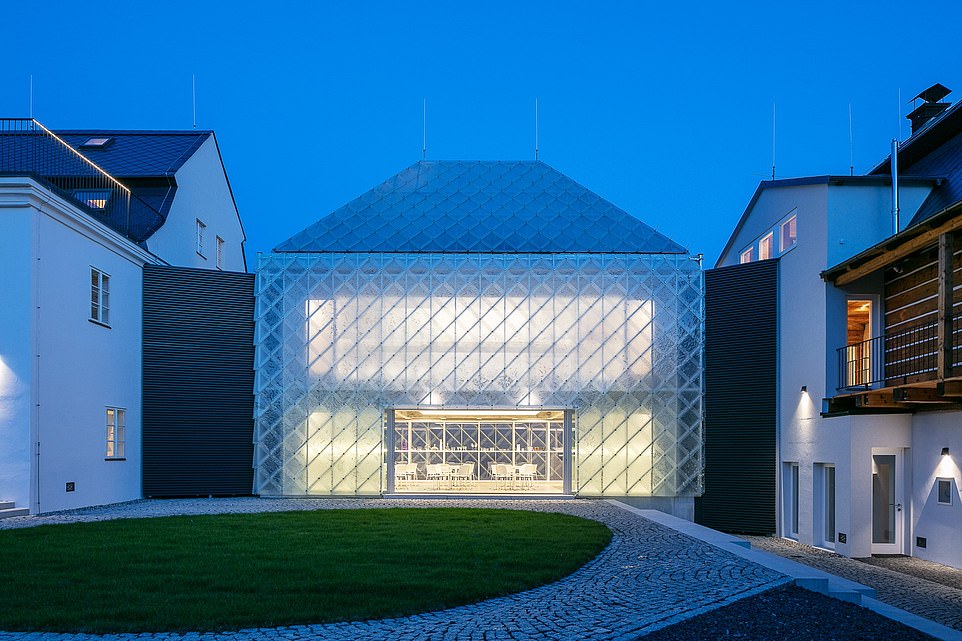 BEST BUSINESS BUILDING – LASVIT HEADQUARTERS OF OV ARCHITEKTI: This translucent greenhouse is the headquarters of the glass company Lasvit and is located in Novy Bor, Northern Czech Republic. Leon Jakimic, President of Lasvit, told Dezeen: “The glass house is kind of a great lamp for the whole city and a symbol of the rejuvenation and the newfound self-esteem of glass making in this region.” 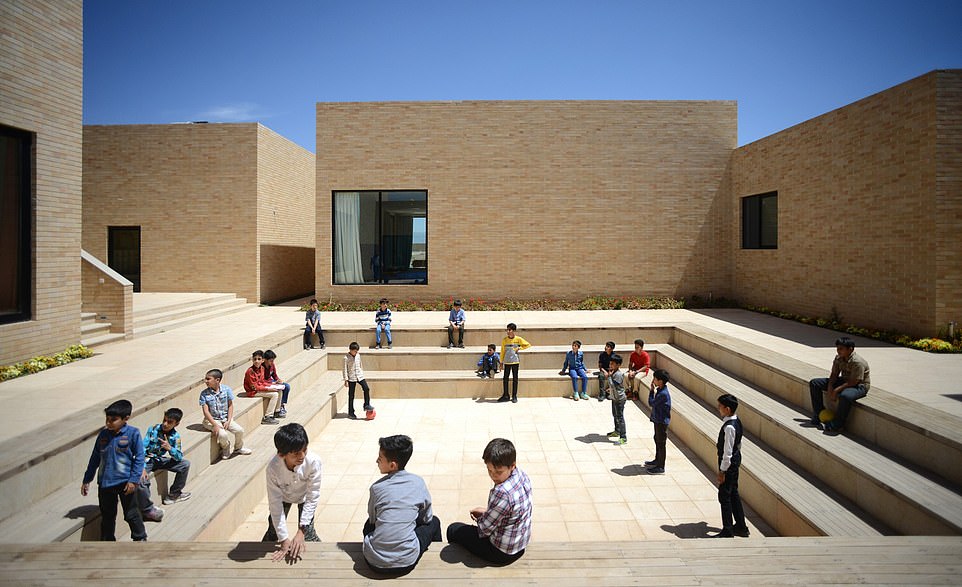 BEST CIVIC BUILDING – NOOR E MOBIN PRIMARY SCHOOL BY FEA STUDIO: Dezeen describes this stunning new school in Iran as an “educational district for children”. It added that “streets and alleys” designed for “building friendships and games” connect the buildings 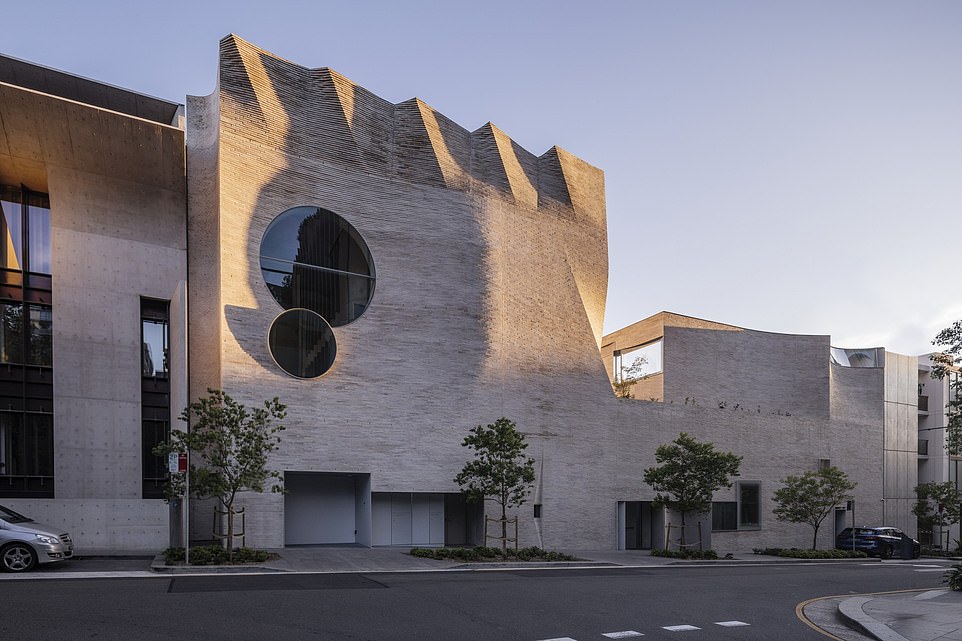 BEST CULTURAL BUILDING – PHOENIX CENTRAL PARK BY DURBACH BLOCK JAGGERS ARCHITECTS AND JOHN WARDLE ARCHITECTS: This award-winning building in Sydney consists of two separate rooms – a gallery and a performance area – designed by two separate architectural firms. However, Dezeen pointed out: “A continuous outer skin of masonry encloses everything – a skin that was designed jointly by both architects.” 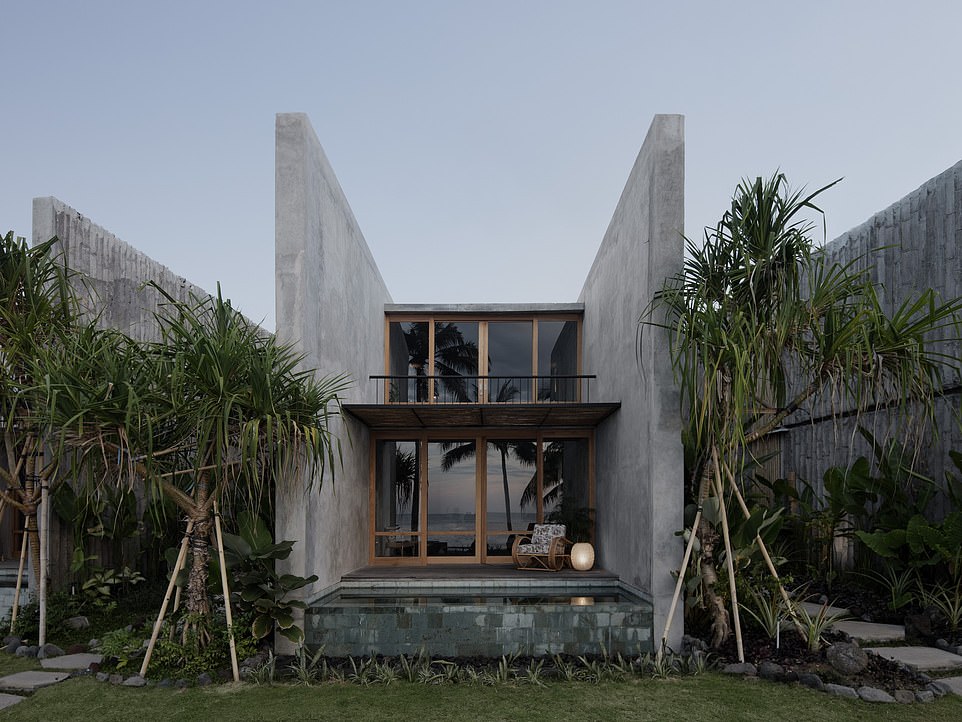 BEST HOSPITALITY BUILDING – THE BOND OF NIC BRUNSDON: This concrete-made 14-room boutique hotel is located on Bali’s remote north coast and uses local materials for its doors, shutters and fences. “This is a place to relax and reconnect with yourself,” Dezeen said 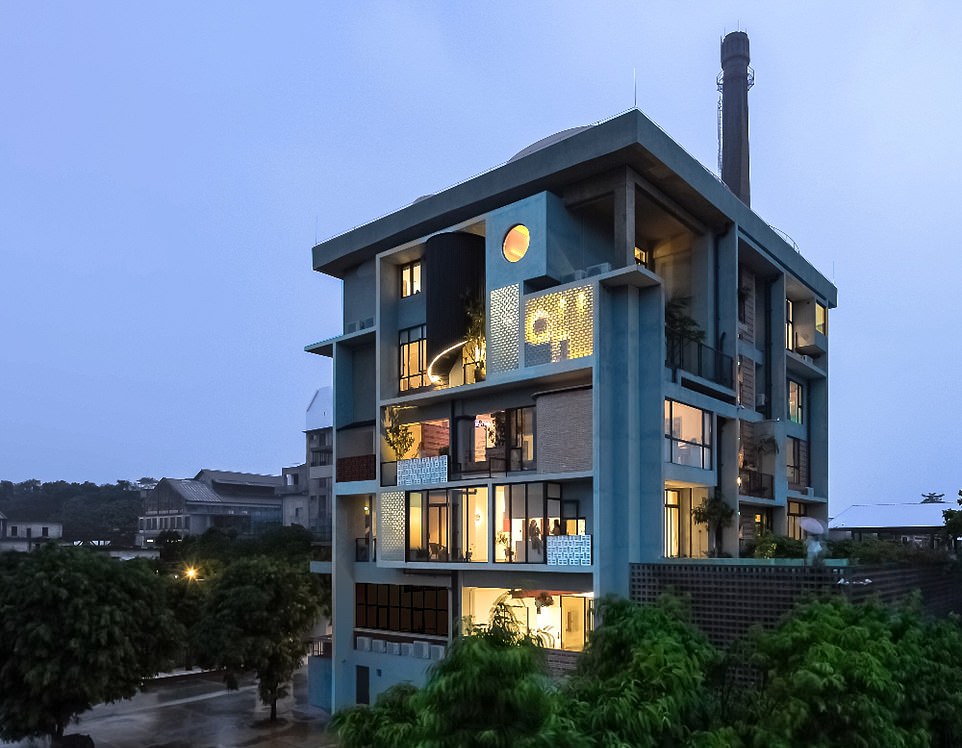 BEST HOUSING PROJECT – THE LIMITLESS COMMUNITY OF ZI NI TWELVE PORTALS BY FEI ARCHITECTS: This former fiberboard factory is located in the Guangzhou industrial area and has been converted into a housing project tailored for seven young people. It includes spaces for living, working, socializing, and exhibiting work, Dezeen said 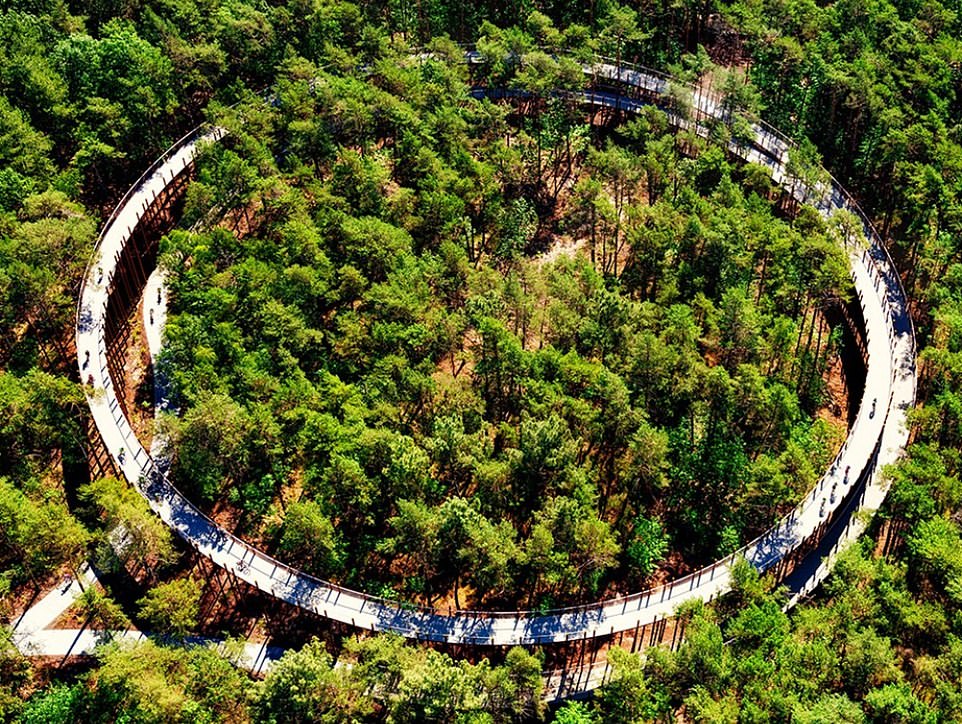 BEST INFRASTRUCTURE PROJECT – CYCLING BY VISITING LIMBURGH: This 700 m long, narrow double circular path meanders through the treetops of a Belgian forest. Dezeen said: “The pillars of the Corten steel bicycle bridge are alternately one, two and three meters apart and symbolize the straight trunks of the pines. This ensures that the construction blends in well with the environment. ‘ 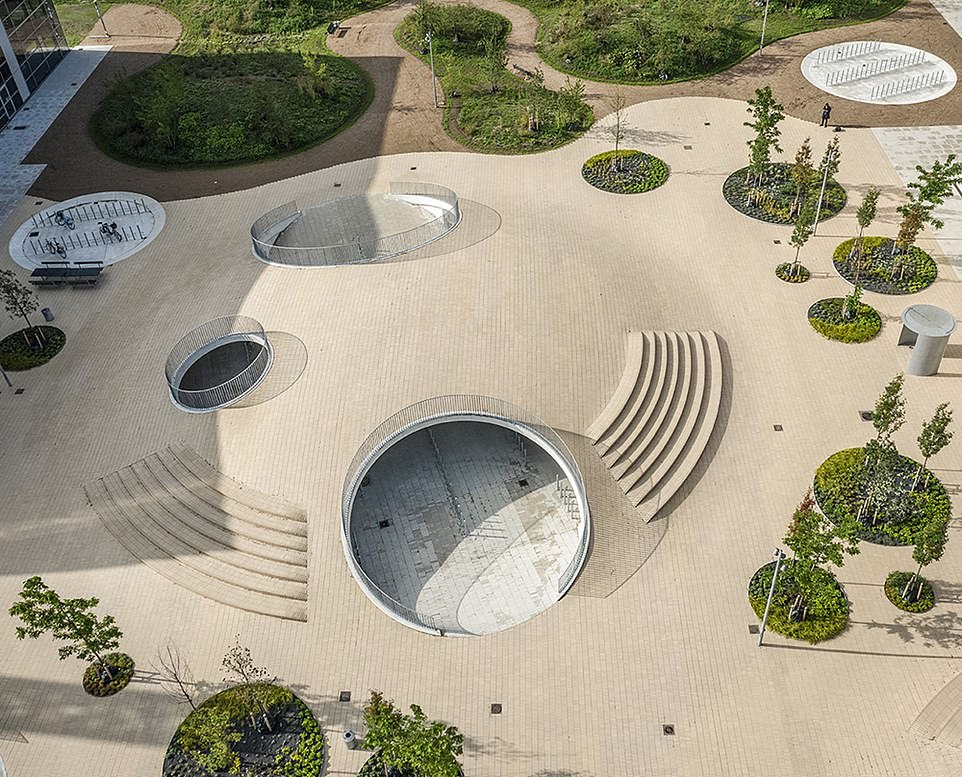 BEST LANDSCAPE PROJECT – KAREN BLIXEN PLADS BY COBE: Dezeen described Karen Blixen Plads on a “wavy public square with protected parking spaces for bicycles”, which can be found in Copenhagen. It is one of the largest public spaces in the Danish capital and has a multifunctional design that takes into account and promotes environmentally friendly transport, adaptation to climate change and biodiversity. 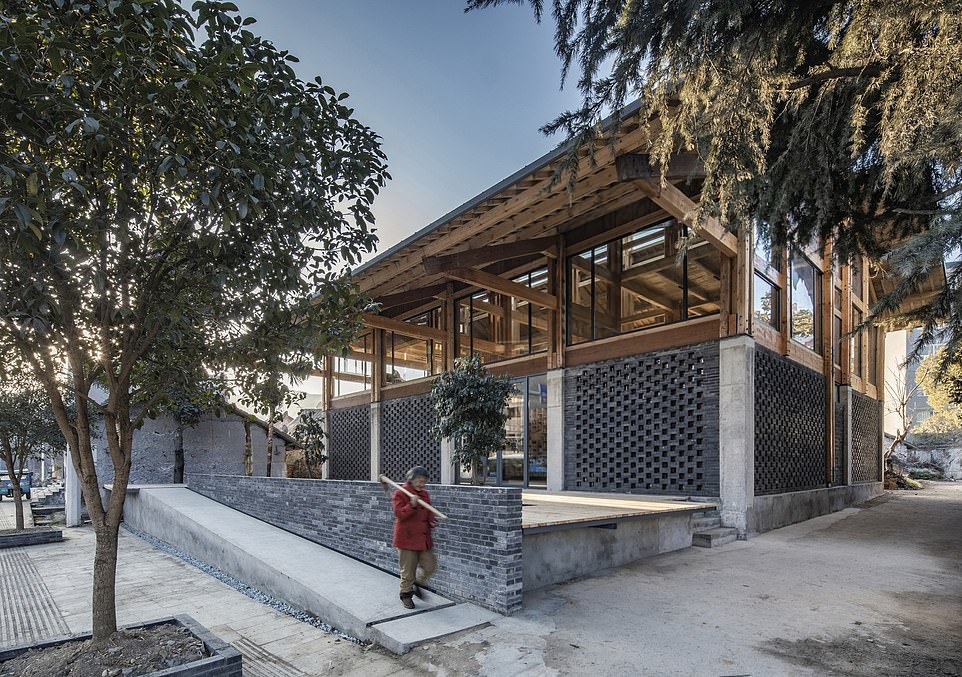 BEST REBIRTH PROJECT – PARTY AND PUBLIC SERVICE CENTER BY LUO STUDIO: Abandoned concrete foundations in Yuanheguan, China have been repurposed and used in the construction of this stunning new community center. According to Dezeen, architects have expanded the foundations and added a half-timbered upper floor. The lower level of the building, which consists of offices and conference rooms, is “wrapped in perforated bricks”. 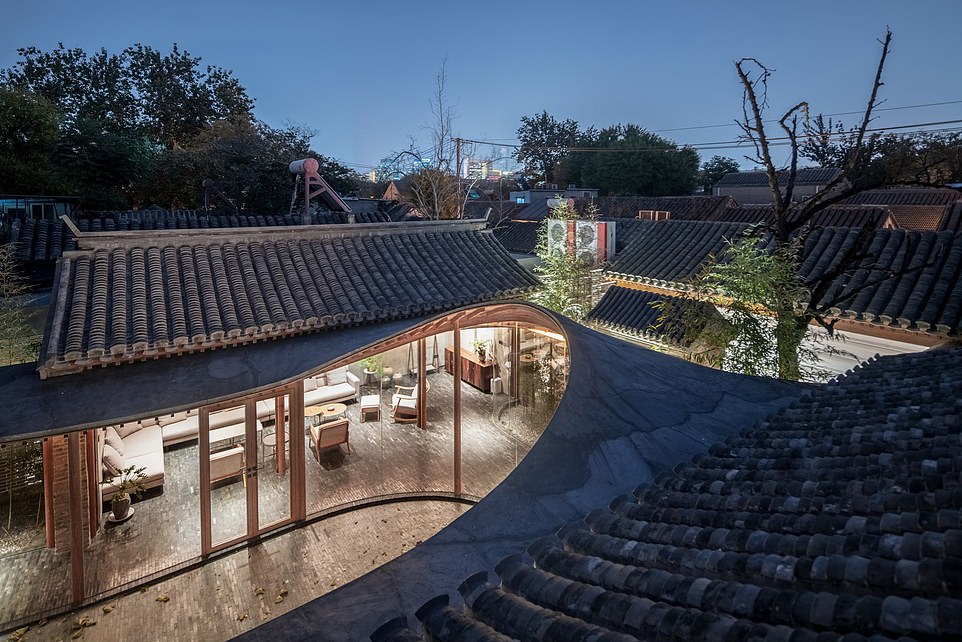 BEST RESIDENTIAL REBIRTH PROJECT – QISHE COURTYARD BY ARCH STUDIO: A former abandoned hutong has been converted into this new award-winning home, “with curved glass walls around courtyards”. Dezeen explained, “The house has two tea rooms, a study, a dining room and a living room around the courtyards, which are protected by wooden roofs with wooden beams.” 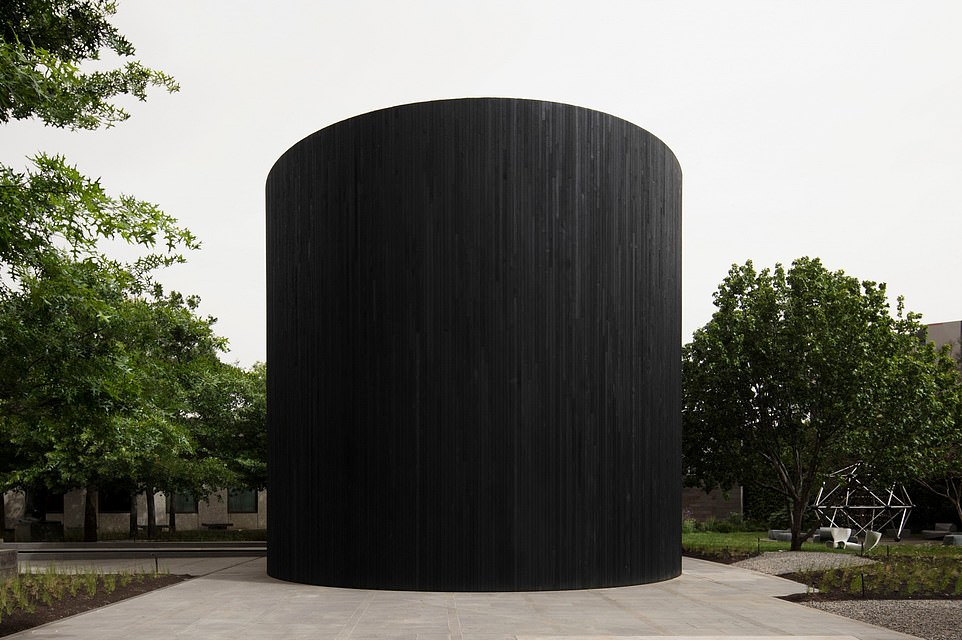 BEST SMALL BUILDING – NO EDITION OFFICE AND YHONNIE SCARCE: This art installation was commissioned by the National Gallery of Victoria, Australia to “highlight the eradication of indigenous knowledge and memory from Australia’s national history.” 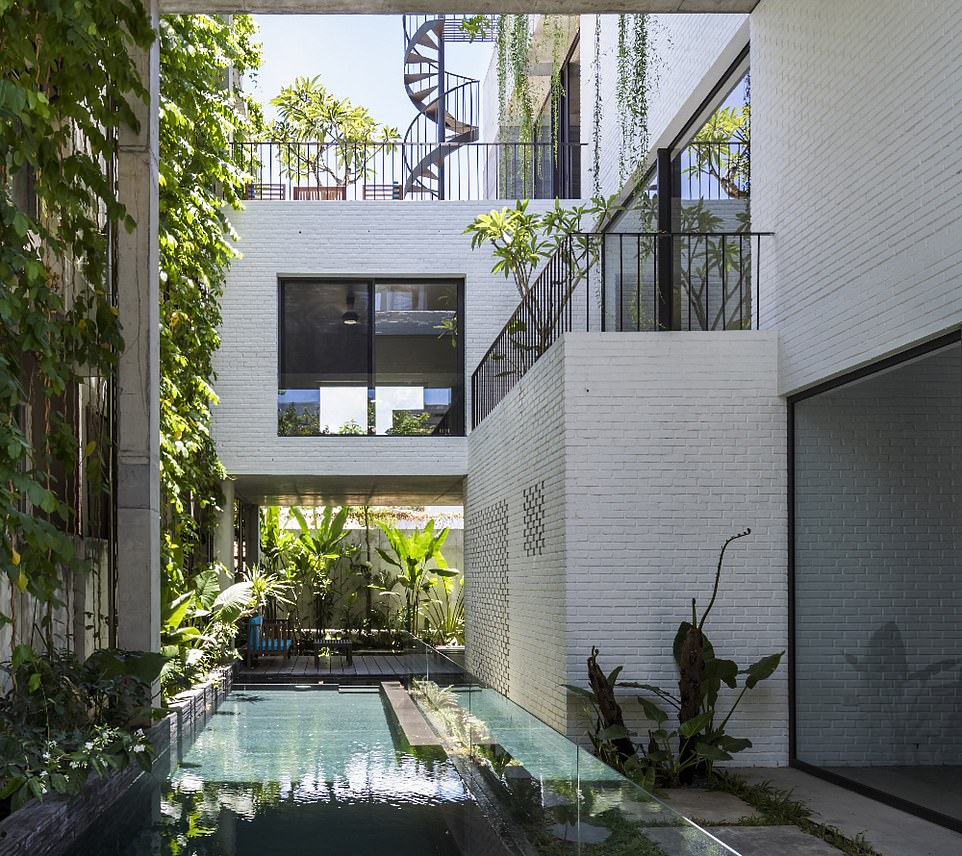 BEST TOWNHOUSE – THANG HOUSE BY VO TRONG NGHIA ARCHITECTS: According to Dezeen, this award-winning building integrates “rural life in the fast growing city of Da Nang in Vietnam”. It added, “Living spaces are nourished with filtered air, diffused light, and the aroma of grass and flowers that act as green lungs.” 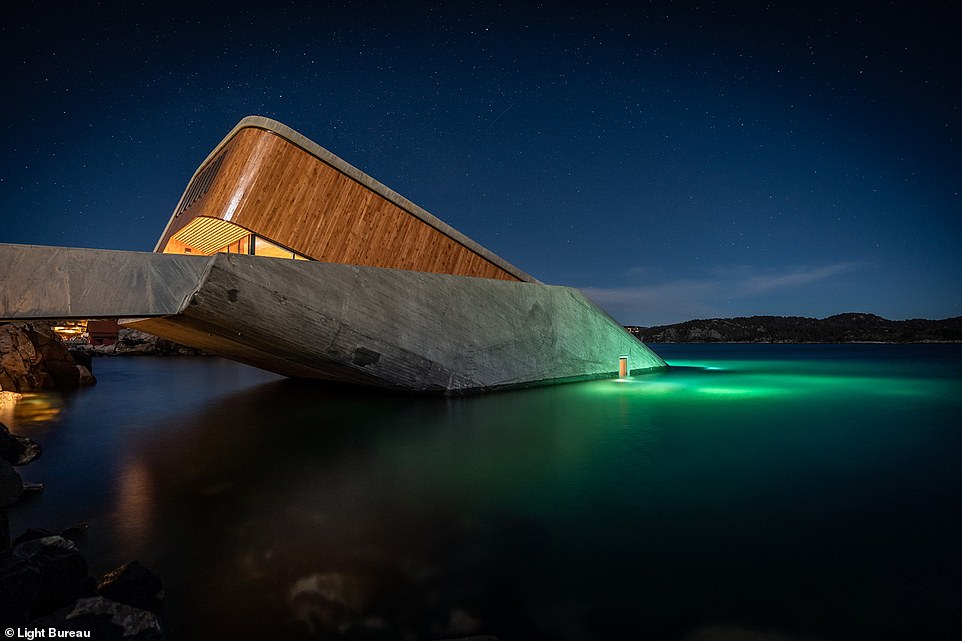 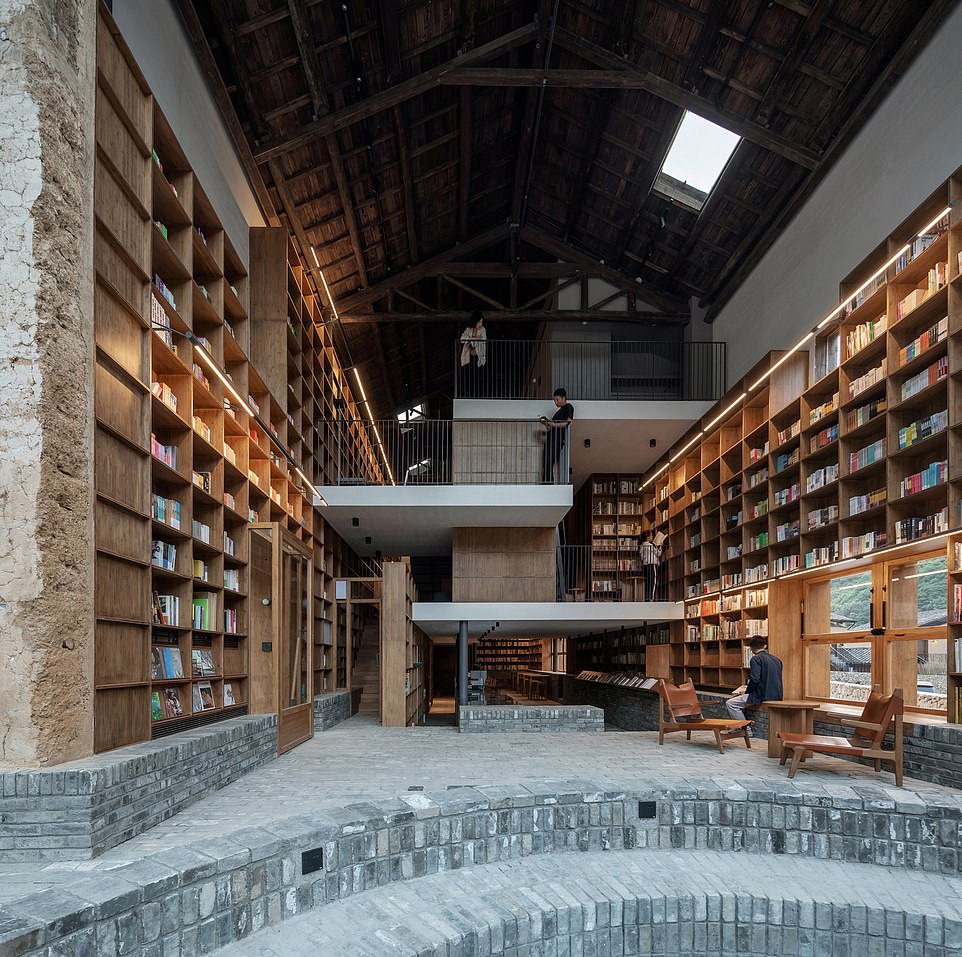 BEST INTERIOR PROJECT AND BEST HOTEL AND SHORT EDITING – CAPSULE HOTEL AND BOOKSTORE BY ATELIER TAO + C: This unusual hotel is located in an old rammed earth structure in the middle of mountains in Zhejiang Province, China. Dezeen noted that its walls are lined with bamboo bookcases that are “stacked in a three-high room that doubles as a library and bookstore”. 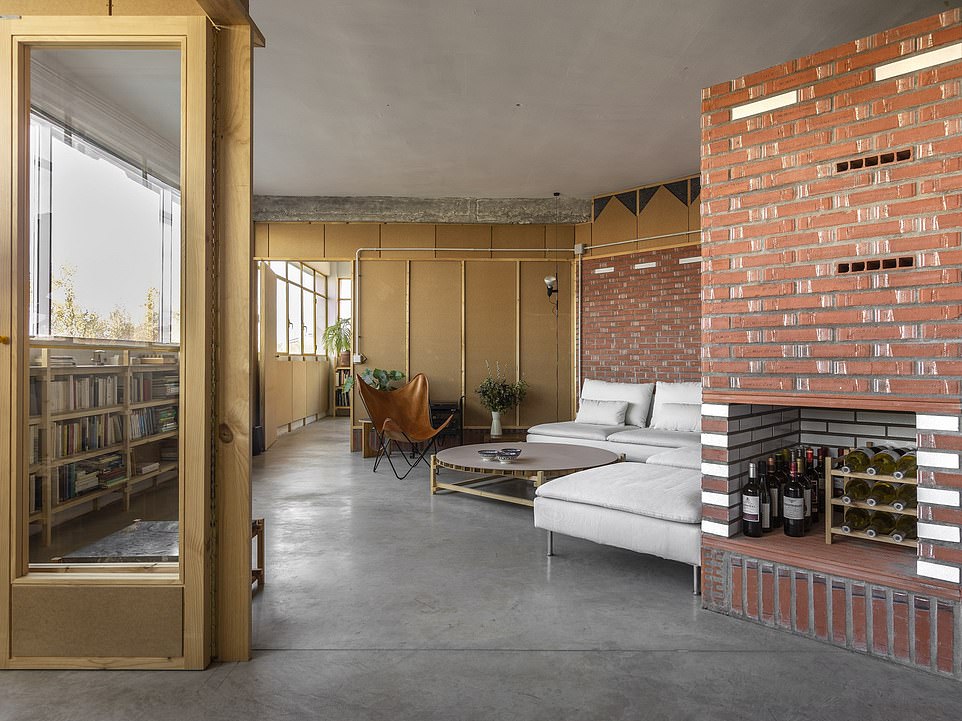 BEST APARTMENT INTERIOR – LA NAVE BY NOMOS: Originally a former printing company, La Nave in the Spanish capital, Madrid, has been transformed into an elegant apartment, the result of a creative process focused on the use of local materials and construction systems that are associated with the craft

BEST BAR INTERIOR – A SECRET BAR IN A LIVING CITY BY ATELIER XY: Known for its amber insect collection, this Shanghai secret bar features a double-glass brick wall that is illuminated with LEDs. Dezeen said, “The design aims to express traditional Shanghai elements in a contemporary way, such as the wood weave that highlights the beetles in the communal bar and the tall wooden molding.” 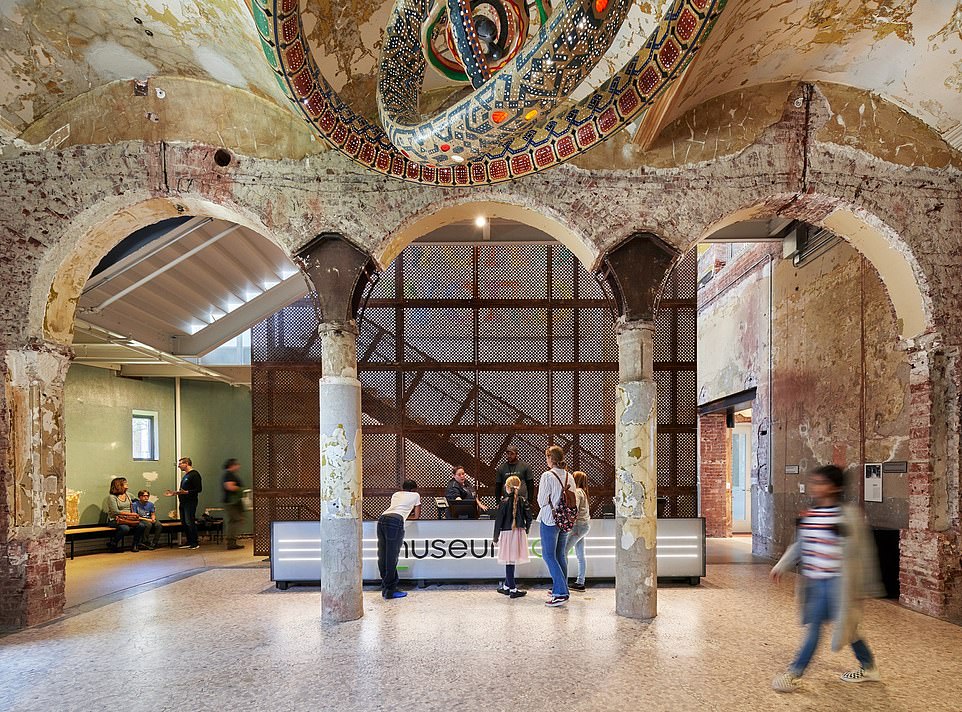 BEST CIVIL AND CULTURAL INTERIORS – KONING EIZENBERG ARCHITECTURE MUSEUM: This Pittsburgh building was formerly the Carnegie Free Library of Allegheny from 1890. After being struck by lightning in the mid-2000s, the library was in ruins. The designers at Koning Eizenberg Architecture have rejuvenated the building and turned it into a children’s museum, which opened last year. “Interior alterations from the 1970s were removed to reconnect rooms, reintroduce daylight and expose the bones of historic architecture,” Dezeen said 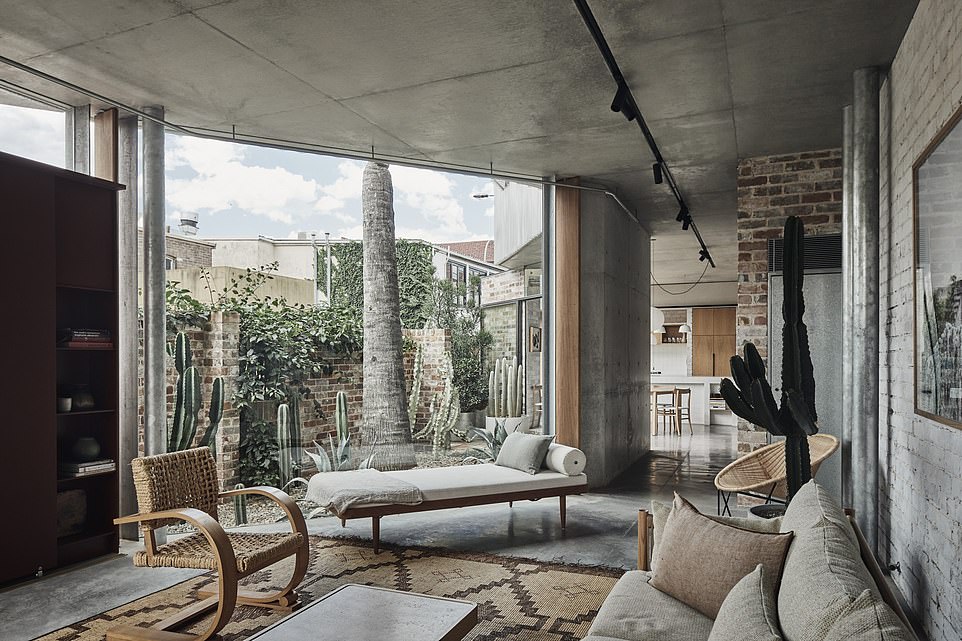 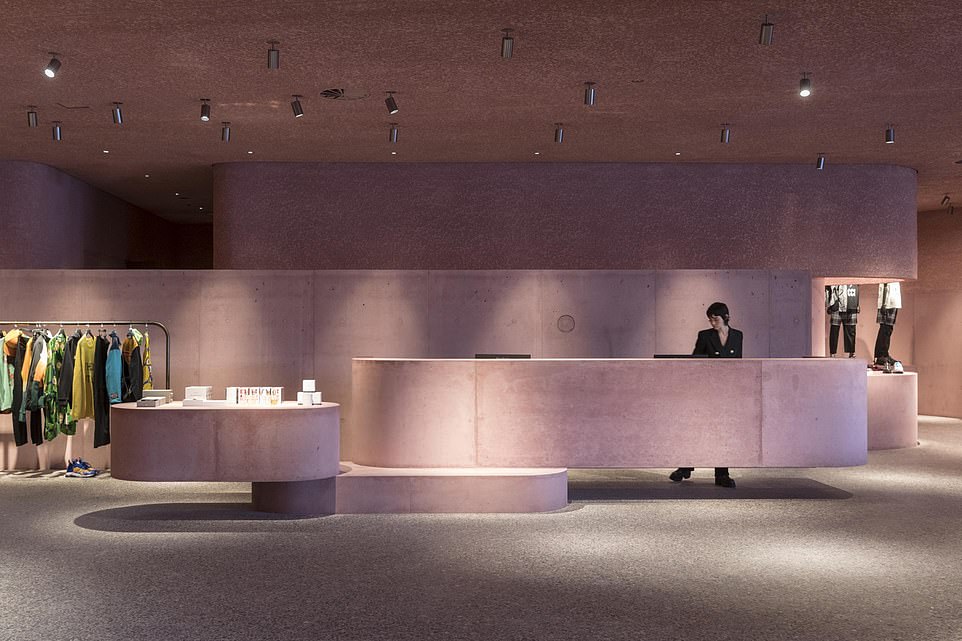 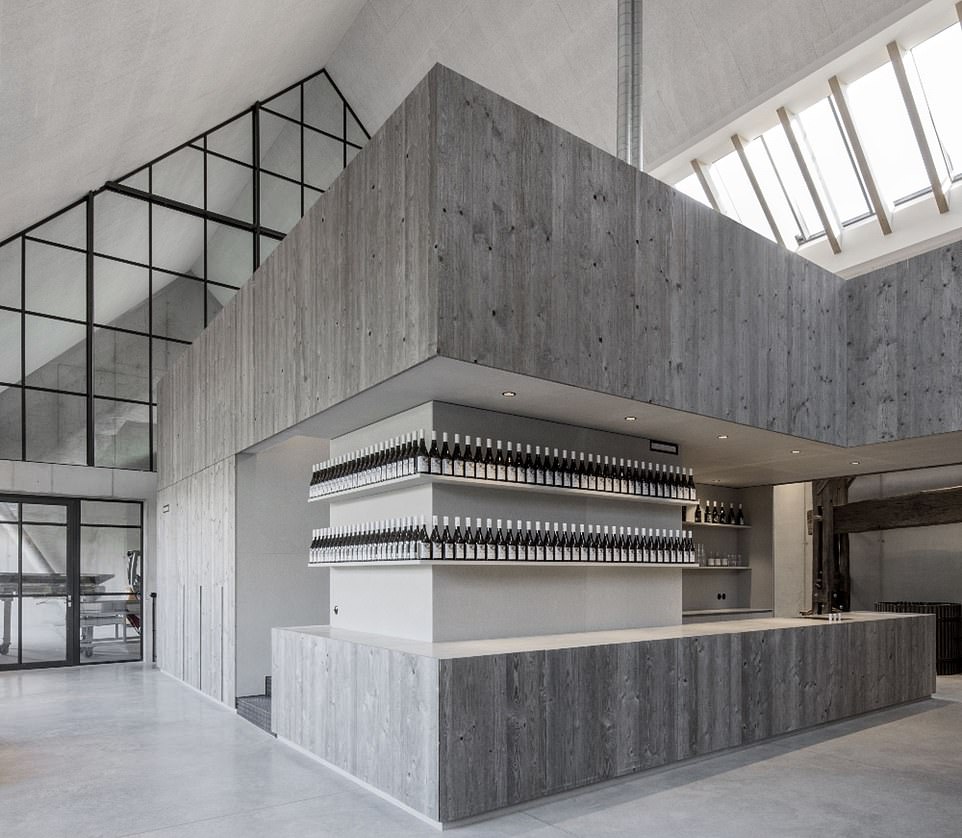 BEST LARGE WORKPLACE INTERIOR – WINE MANUFACTURER CLEMENS STROBL BY DESTILAT DESIGN STUDIO: The Clemens Strobl winery with residential areas and a bathhouse is located in the center of the Wagram Estate in Austria. It has a vaulted cellar, tasting room, kitchen, and offices that form massive spatial bodies that are woven into the architectural structure, defining spatial boundaries and performing various functions, Dezeen said 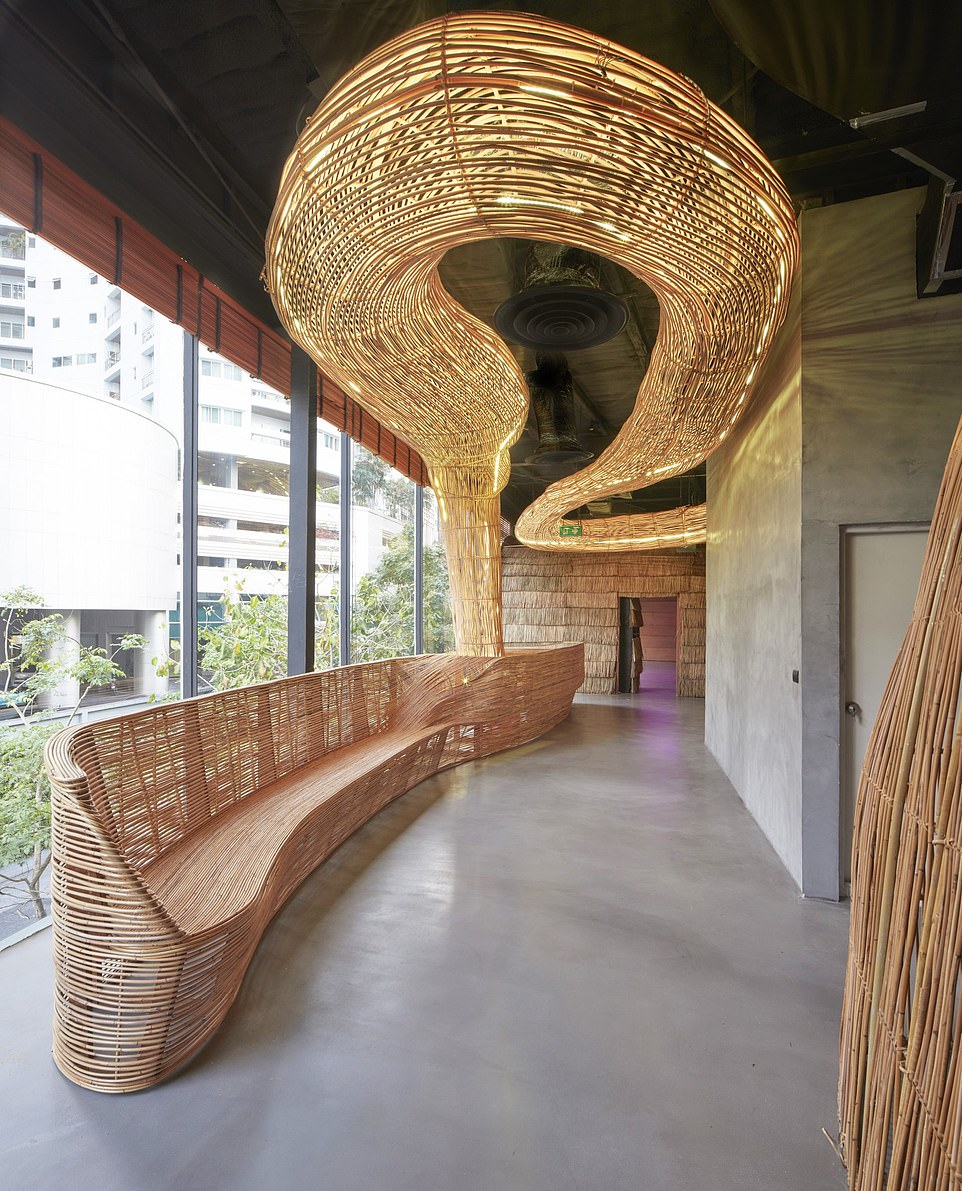 BEST LEISURE AND WELLNESS INTERIOR EQUIPMENT – VIKASA BY ENTER PROJECTS ASIA: This yoga studio is located in the heart of Bangkok and includes a number of “freeform yoga pods” as well as a lobby area and luxurious bathrooms that can be seamlessly integrated into the layout. . Dezeen noticed that floor-to-ceiling windows were spread across the facade to flood the room with natural light 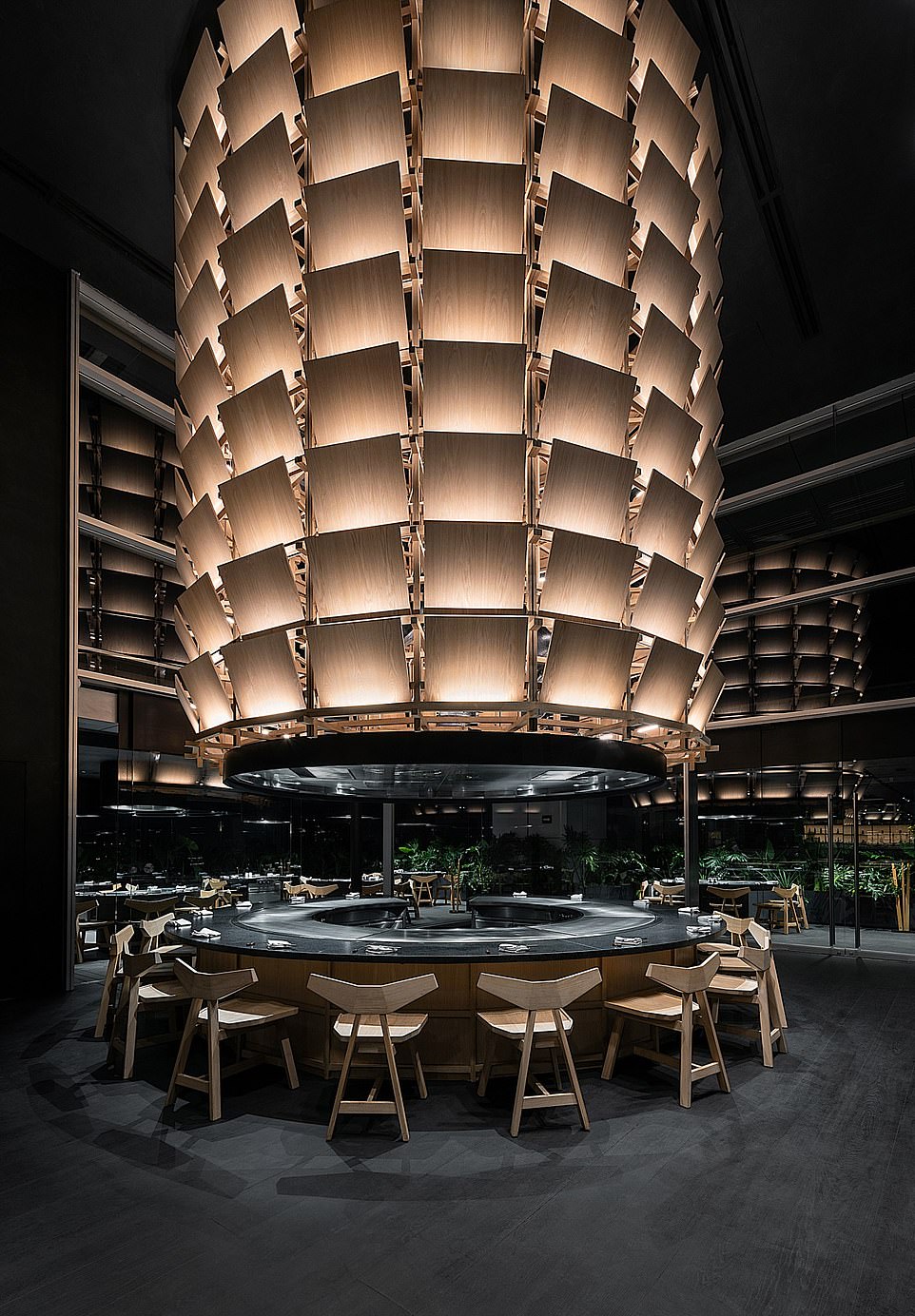 BEST RESTAURANT INTERIOR AND INTERIOR OF THE YEAR – TORI TORI SANTA FE BY ESRAWE STUDIO: The “cylindrical oak structure” above the bar and the dark interiors impressed the jurors at this restaurant in Mexico City. Dezeen stated that “the subtlety and sobriety of Japanese crafts and their skilled artisans have influenced the interior of the restaurant”. The design company behind it, Esrawe Studio, “breathes commitment, passion and perseverance, focuses on fine details and quality, always pushes boundaries and takes on new challenges,” added the design website 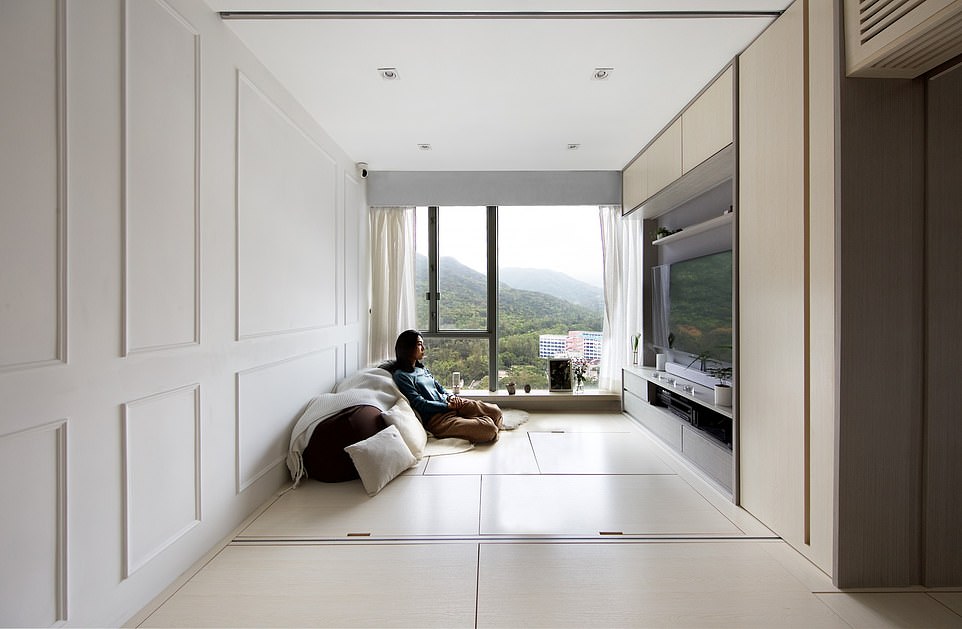 BEST SMALL INTERIOR – SMART ZENDO BY SIM-PLEX DESIGN STUDIO: With the proliferation of smart homes in Hong Kong, designers have converted this former two-bedroom living space in the city into a four-bedroom smart home. Dezeen said, “Sim-Plex uses the concept of the zendo which integrates both traditional Feng Shui doctrine and intelligent technology to create a spiritual zen space.” 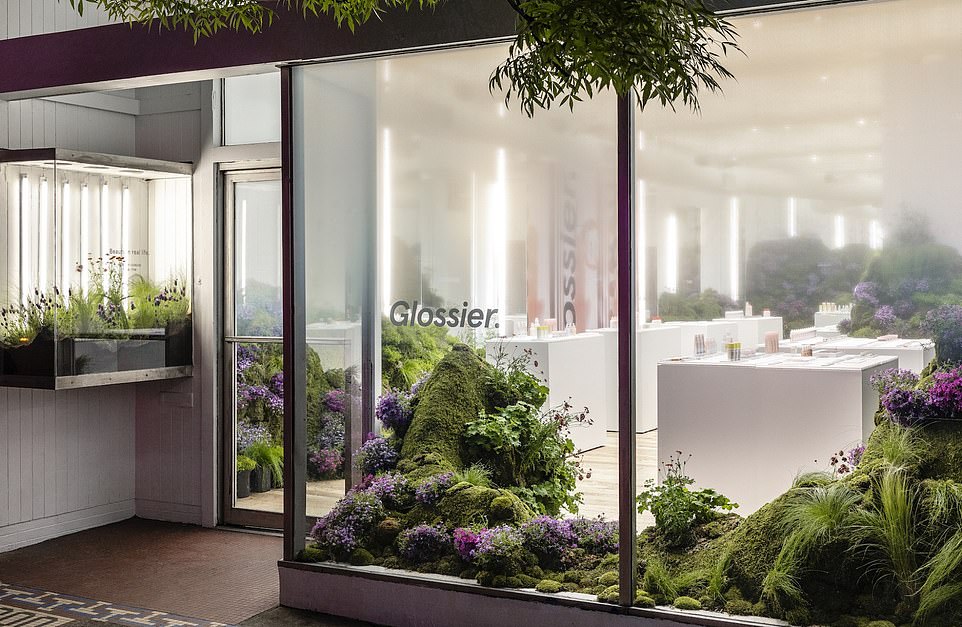 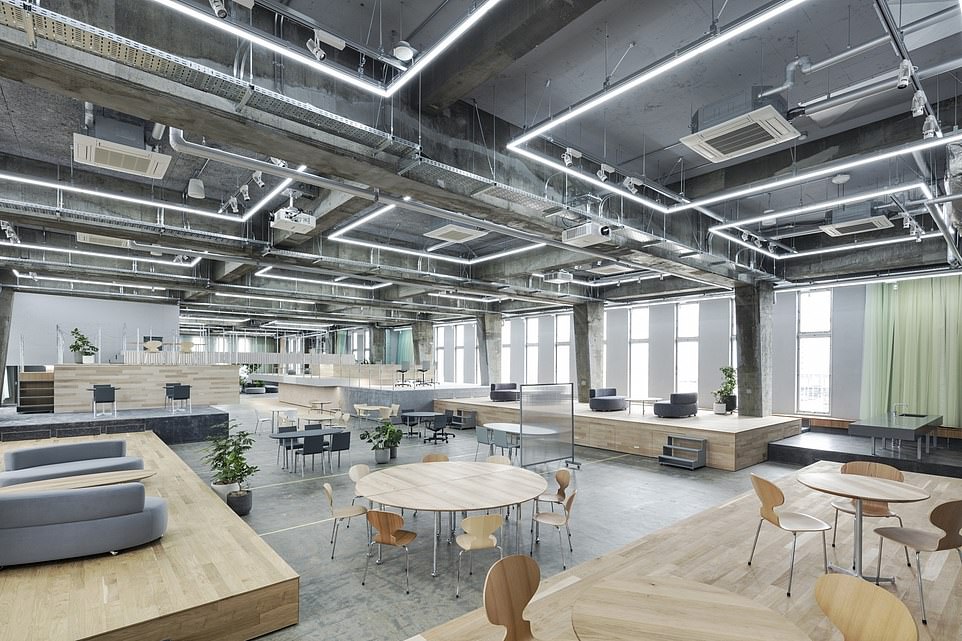 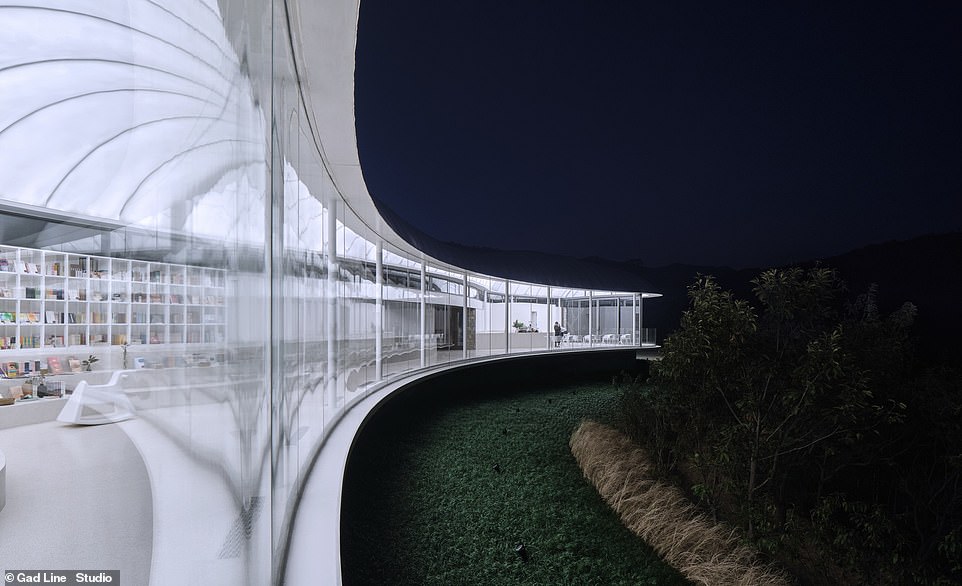 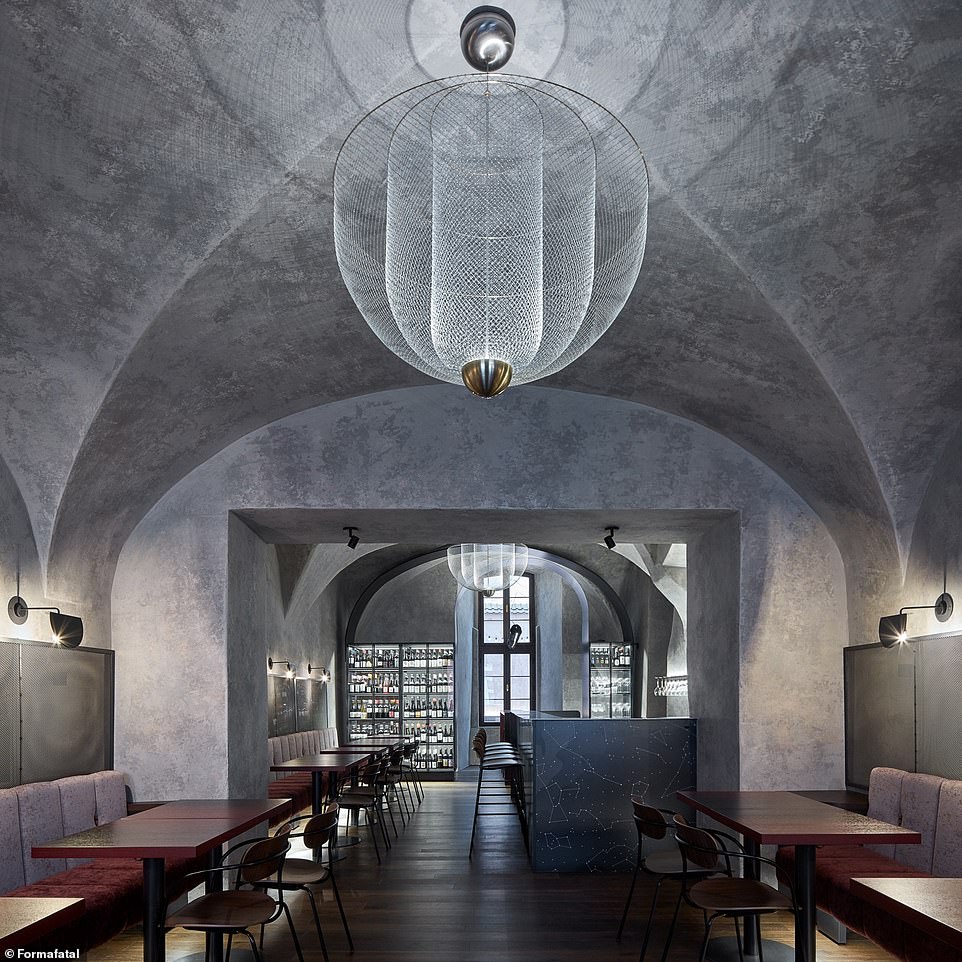 EMERGING INTERIOR DESIGNER OF THE YEAR – FORMAFATAL: This Czech-based design studio is an eight-member team that focuses its work on public spaces, making them ‘feel like home’. The firm says ‘all projects are approached individually with a focus on specific human needs’. Pictured is the interior of the Autentista wine bar in Czechia, which Formafatal designed

Captain Sir Tom Moore reveals that he likes “weak tea with lots of milk and sugar”.

Captain Sir Tom Moore reveals that he likes "weak tea with lots of milk and sugar".