These renderings of two supertall skyscrapers look like something out of a science fiction movie or video game.

What is exciting, however, is that the “vertical city” they portray becomes a reality, rising to a height of nearly four hundred feet, or roughly the height of the Empire State Building.

It is called “Tower C” and was designed by the renowned Zaha Hadid Architects (ZHA) as part of the “Shenzhen Bay Super Headquarters Base” business center.

Tower C was designed by the renowned Zaha Hadid Architects (ZHA), who were founded by the late British-Iraqi architect Zaha Hadid 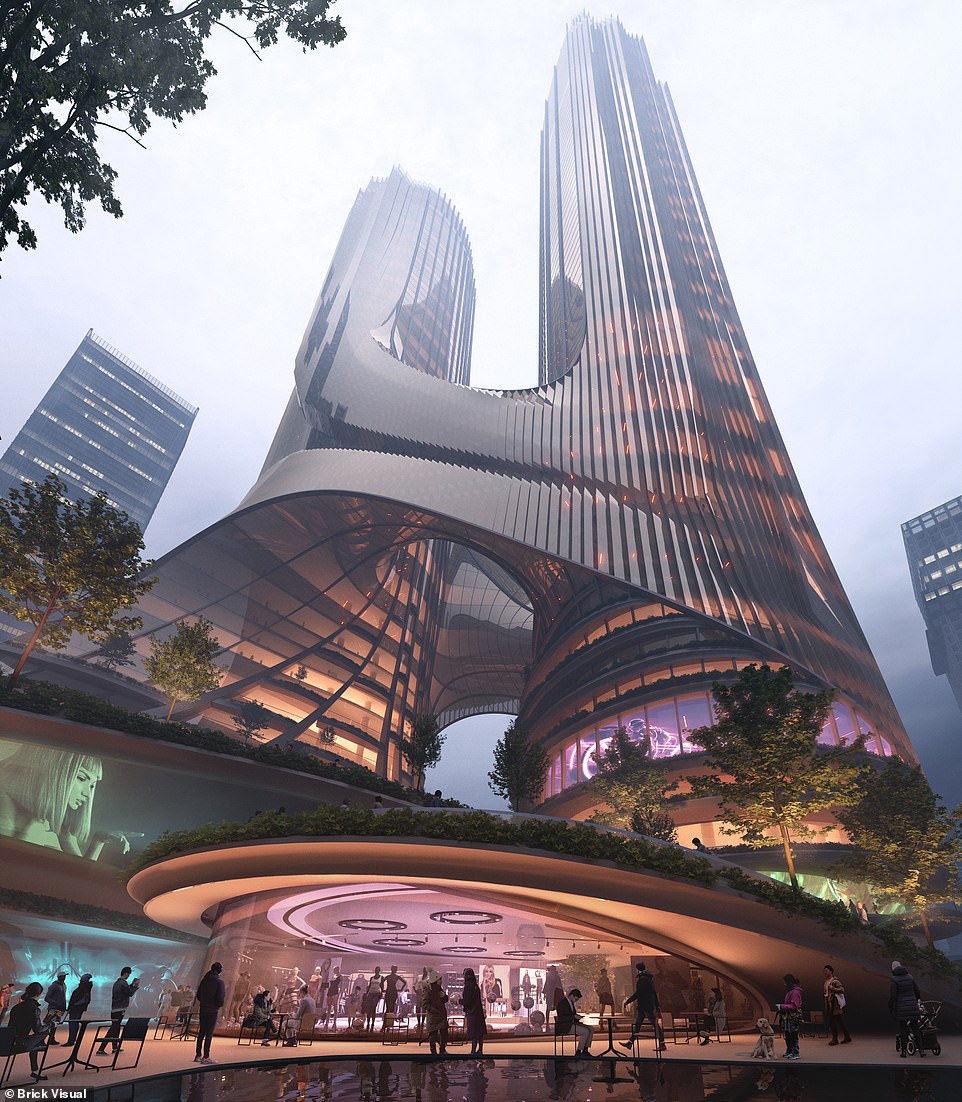 The “vertical city” will reach a height of almost 400 m, which is roughly the height of the Empire State Building

The two towers are “connected by curved bridges that offer a panoramic view of the city,” says ZHA.

At the base, a terraced landscape with aquaponic gardens will be created, which will extend up to the “heart of the building”, which will house cultural and leisure attractions.

ZHA continues: The tiered podium of “Tower C” is integrated into the [adjacent] Park to create a new public space for this dynamic city that has become a global hub for technological innovation. 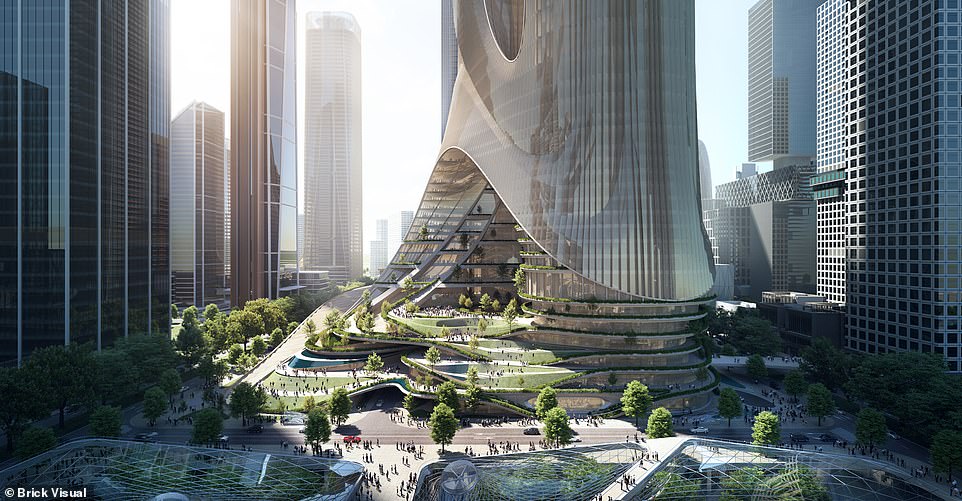 The towers of Tower C are “connected by curved bridges that offer a panoramic view of the city,” says ZHA

At the foot of Tower C is a terraced landscape with aquaponic gardens, which extends up into the “heart of the building”, where cultural and leisure attractions are housed 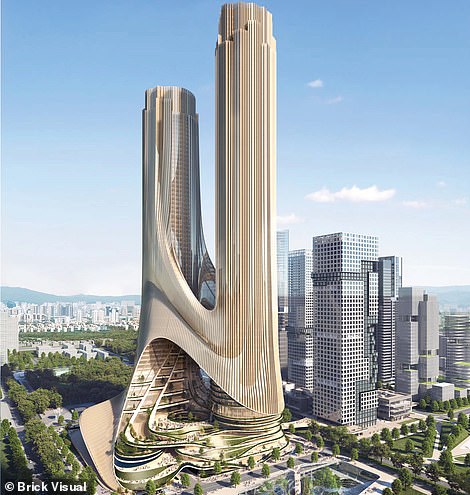 According to the ZHA, Tower C is “a multidimensional vertical city”.

The union of the landscapes of the park with the public squares on the lower levels of the tower provides direct access for pedestrians and natural light to the underground transport hub.

“With priority for pedestrians, the design of the tower also includes extensive bicycle parking and charging facilities.”

According to the ZHA, Tower C will include pillar-free, naturally lit office space, shopping, entertainment and dining facilities as well as a hotel, a congress center and cultural facilities with exhibition galleries.

The company, which was founded by the late British-Iraqi architect Zaha Hadid, sums up the project as a “multidimensional vertical city”.

The Super Headquarters Base in Shenzhen Bay will serve the Greater Bay Area in Guangdong, Hong Kong and Macau and integrate clusters of corporate headquarters into a global technology center that employs 300,000 people a day.

MSI Prestige 14 Evo Review: Portability, But At What Price?