By Sam Baker for Mailonline

A Briton and an Irishman are among the seven people killed in a series of avalanches in the Swiss Alps over the past four days.

The 38-year-old Briton, who was not named, was with nine other people who were devoured by the snow while skiing off-piste.

An investigation into the tragedy that took place in the Swiss resort of Verbier at 10:20 a.m. on Monday has been launched and police are appealing to witnesses.

The 29-year-old Irishman, who was in a group of three, was killed on Monday in an avalanche near the Col des Gentianes in Siviez near Nendaz.

The deaths are two out of seven deaths in multiple avalanches, other incidents occurred in Emmetten, Engelberg, Klosters, Veytaux and the Bernese Oberland. 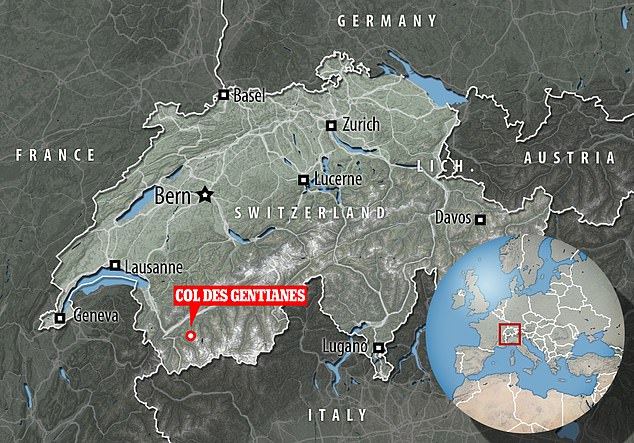 The 29-year-old Irishman, who was in a group of three, was killed on Monday in an avalanche near the Col des Gentianes in Siviez near Nendaz

A police spokesman said: “The avalanche occurred off-piste between the Verbier ski area and ‘Les Attelas’.

At around 10:20 a.m., a skier was driving down a corridor below the Attelas area.

“A snowdrift came off and carried the skier and another person who had been further down at the time.”

Police also confirmed that the area where the avalanche occurred is popular with skiers trying to get off the slopes.

The Briton was based in Verbier and his family was informed.

Police confirmed that the avalanche occurred in an area between the village and Les Attelas and that both helicopters and dog teams were used to locate the nine people affected by the incident.

All ten people caught by the avalanche wore GPS tracking devices, and emergency services were able to dig up all group members. 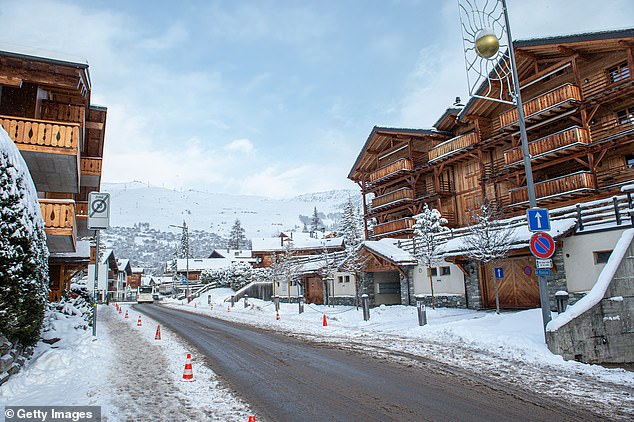 An investigation has been launched into the tragedy that took place on Monday at 10:20 a.m. in the Swiss resort of Verbier (picture)

However, the Briton was pronounced dead at the scene.

Another person found by emergency services was flown to a hospital in Sion.

In addition to the group of 10 people engulfed in the avalanche, another eight were trapped in the snow but escaped unscathed.

Resort Verbier made headlines last month after it was revealed that more than 200 Britons fled that night to avoid strict quarantine rules for Covid.

Elsewhere, a skier was killed after being caught in an avalanche in the Bernese Oberland near the holiday resort of Gstaad.

The skier had been in a group of three but was covered in snow. They were rescued but later died in hospital.

In the Rochers de Naye region above the town of Veytaux, four people between the ages of 19 and 21 drove off the slopes when they got caught in an avalanche.

Two members of the group tried to dig the other group members out of the snow, but could only find one other person.

A search dog helped find the fourth member of the group, who later died in the hospital.

Many ski resorts across Europe had to close due to the coronavirus pandemic, but those in Switzerland were allowed to remain open.

According to Swiss Mountain Rescue, there were 77 avalanches with 104 people this year.

Guidelines for every family since 1909