“There is a way to an agreement”: Ursula von der Leyen raises hopes that the UK and the EU will conclude a trade agreement after Brexit, but warns that the problem of fishing rights can NEVER be resolved

Ursula von der Leyen today insisted that there is a way to get a post-Brexit trade deal between the UK and the EU, but warned that the fishing rights crisis could still torpedo an agreement.

The European Commission President was hoping for an agreement in the coming days when she told MEPs that progress had been made in key areas.

But she said the road to an agreement was “very tight” and admitted the two sides may never be able to resolve the fishery.

Ms von der Leyen said Britain and Brussels had “found a way forward on most issues” but at the moment because of the dispute over future EU access to British waters, “we are so close and yet so far apart.” are removed “‘.

She said that “sometimes it feels like we cannot resolve this issue of fishing rights” and the next few days will be “crucial”.

Their comments came just two weeks before the end of the post-Brexit transition.

Ursula von der Leyen warned today that the road to a trade agreement with Great Britain after Brexit was “very tight”. 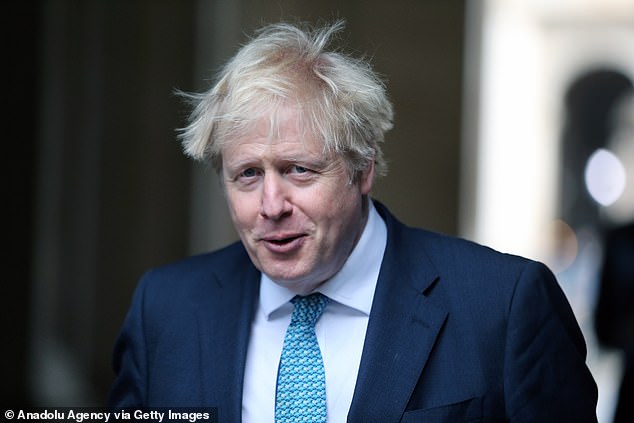 What are the sticking points in the Brexit talks?

The UK has insisted that it regain control of its coastal waters from the end of the transition period.

However, the EU called for its fleets to maintain their previous access levels – with Emmanuel Macron under particular pressure from the French fishing industry.

First, the UK said it would reclaim 80 percent of EU quotas from January 1.

The two sides are believed to be near a “landing zone” that has a transition period of perhaps five or seven years. However, there is still no agreement.

The EU has insisted that the UK commit to a level playing field to ensure that businesses on the continent are not undercut by introducing lower environmental standards and regulations.

State aid has emerged as a particular problem, especially as the coronavirus is making parts of the economy unprofitable.

However, the UK says it needs to regain sovereign powers to make rules, even though it has no plans to lower standards or distort competition by subsidizing the private sector.

It seemed that this area was close to being resolved before France reportedly put a number of additional conditions in place, including huge penalties in the form of tariffs for breaking the rules.

While the UK is happy with the “non-regression” – which means accepting current standards as a basis – it has declined requests to abide by the rules the bloc will issue in the future.

Michel Barnier told EU ambassadors this week that the UK is now ready to accept the need for a “compensation mechanism” for rules that could resolve the dispute.

Getting a deal done and who decides whether to break rules has been a focus from the start.

The exemption from the European Court of Justice was one of the greatest demands made by Brexiter in the EU referendum.

But Brussels has tried to maintain control of governance and insist on harsh fines and punitive tariffs for violations.

If no agreement is made in the coming days and ratified by December 31, it would lead to a chaotic split at the end of the year.

The absence of a trade deal would force Britain and the bloc to act on basic World Trade Organization terms, which would mean tariffs being imposed on goods.

Negotiations are still ongoing and this morning Mrs von der Leyen painted a more optimistic picture of the state of the talks than many had expected.

Speaking to the European Parliament, she said: ‘From today’s perspective, I cannot tell you whether there will be a deal or not, but I can tell you that there is now a way to reach an agreement.

“The path may be very narrow, but it is there and it is therefore our responsibility to keep trying.

“The good news is that we’ve found a way forward on most issues, but now we’re so close and yet so far apart.

“Since there are still two open questions, you know them, a level playing field and fisheries.”

The two sides have been bogged down on post-Brexit fishing rights for months, and in the past few days this has turned out to be the main stumbling block to a deal.

The EU wants to give European trawlers high access to British waters after the transition period.

However, the UK firmly believes that priority should be given to its boats as the negotiators are still far apart on how to share the fish in UK waters.

Ms. von der Leyen said: “We are not questioning the sovereignty of Great Britain in its own waters. However, we require predictability and stability for our fishermen.

“And to be honest, sometimes you have the feeling that we can’t solve this question.

“But we must keep trying to find a solution, and that is the only responsible and correct course of action.”

Ms von der Leyen said that progress has now been made on a “level playing field” for rules.

The EU would like the UK to agree to comply with the rules enacted in Brussels in the future in order to ensure fair competition between companies in the UK and companies on the continent.

The UK has been reluctant to agree to anything that ties its hands too tight because it sees the right to rule unilaterally as one of the main benefits of leaving the bloc.

Ms. von der Leyen said: “Under the same conditions, our goal is simply to ensure fair competition in our own market, very simple.

“And that’s why we have to establish robust mechanisms. The architecture we are working on rests on two pillars: state aid and standards.

“In state aid, we have made progress based on common principles, guarantees of domestic enforcement and the ability to resolve the situation autonomously if necessary.

‘In terms of standards, we have agreed on a strong mechanism of non-regression. That’s a big step forward. ‘

She also admitted that the two sides are now facing a race against time to reach and ratify a deal if it is to be introduced in time for January 1.

“The clock puts us all in a very difficult position, not least this Parliament and its right to democratic scrutiny and ratification,” she said.

Your comments on time pressure were echoed yesterday by Commons chief Jacob Rees-Mogg when he said he believed it could be six days for Britain to stamp a deal, but that could be “squeezed” if necessary.

He also insisted that “there is no last moment” to finalize a deal, as he suggested that talks continue “until Big Ben strikes at 11am on New Years Eve” – ​​the point where the transition “stall” closes End goes.

WandaVision reveals how fake Pietro ended up in Westview, but who is he really?