Neymar reveals that today’s Champions League duel is in the three best games that he most wanted to play.

The frustrated Neymar takes another injury setback when he betrays today’s Champions League clash against his old club Barcelona. It’s in the top three games he’d most wanted to play after being disqualified from a groin problem

Neymar has taken to Twitter to share his disappointment over the injury-related absence of PSG’s Champions League clash with Barcelona.

Neymar was banned from PSG’s round of 16 against his old club after sustaining an injury in the French Cup 1-0 win over Caen.

Neymar used social media to explain that the game was among the top three games he wanted to play.

Neymar’s tweet read: “Top 3 games I wanted to play the most”

Having met his star once before, PSG manager Mauricio Pochettino wanted to take matters into his own hands during the Caen game … before being hit again. 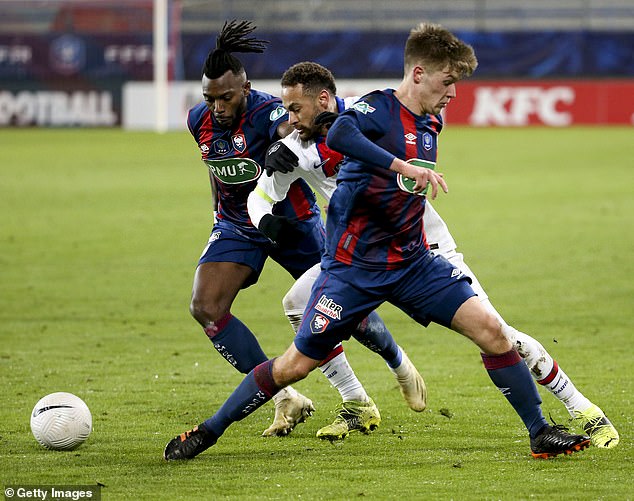 As a result, Neymar walked on his own in the 59th minute and was reportedly seen limping after the game.

A series of scans on Thursday revealed that Neymar had suffered a groin injury and would most likely be excluded for a month.

On such a timescale, he will not only miss Tuesday’s meeting with his former club Barcelona, ​​but also the second leg in Paris.