Electric cars are nearly £ 90 cheaper to insure than the average for gasoline and diesel vehicles, new research has shown.

The average premium for electric cars last year is £ 629, compared to £ 718 for gasoline and diesel cars, according to data from Compare the Market.

This suggests that those who own an electric car can make significant savings, with the average cheapest premium for electric car drivers at £ 527, much lower than for petrol or diesel drivers, which is currently £ 595.

The numbers provide further evidence that buying a greener car can be financially viable after critics suggested that electric cars are too expensive to cover.

The new report is important news for the automotive industry. Previous reports have claimed that electric car insurance is far more expensive.

This is because a shunt would likely damage the expensive batteries that are used to power the vehicles. These are most often distributed on the floor of the car to ensure better weight distribution and to avoid getting into the cabin space.

However, today’s news suggests that the tide is turning – or may have already turned – in favor of electric vehicles.

Separate data from Power My EV shows that electric car owners could save hundreds per year just by changing their energy tariff.

It is claimed that switching to another utility could save the average EV motorist £ 330 a year – a total of £ 28 million a year.

The website’s survey of 2,100 EV drivers found that 52 percent had never checked their tariff, while 44 percent were not with a green utility.

Mat and Laura Thomson, Founders of Power My EV, said, “Our own numbers eclipse the savings our survey respondents expected, and prove that switching and regularly reviewing your plans can save you big money.

“If you’ve already switched to an electric car, introducing a next-generation green energy tariff can really help keep your energy working for you.”

The low insurance costs also contribute to the savings in fuel and road taxes when switching to electric cars.

All data come from quotes on the Compare the Market website.

Over the past year, the average insurance cost for electric cars has fluctuated significantly. They peaked at £ 691 in December 2019 and fell to £ 592 during the April 2020 lockdown.

This is likely due to the shortage of cars on the roads due to the coronavirus pandemic, with most working from home.

Further data shows that a driver could save £ 191 by switching from the average premium for a regular vehicle to the cheapest premium for an electric car.

Lower premiums are further proof of the savings that can be made by switching to a greener vehicle.

Not only are average car insurance premiums lower, but car tax savings can also be made.

In addition, savings can be made in fuel costs, which remain one of the largest ongoing expenses for drivers of gasoline and diesel vehicles.

Electric cars have grown in popularity in recent years. Data from SMMT shows that the market share for battery-powered electric cars is increasing – up to 5.8 percent of all new cars purchased in the first eleven months of 2020 compared to 1.5 percent in the same period in 2019. 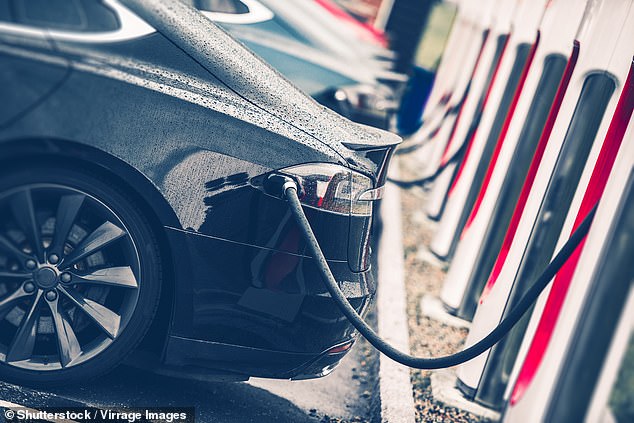 Dan Hutson, Head of Auto Insurance at Compare the Market, said, “Although electric cars make up a small part of the overall auto market, greener vehicles are growing rapidly in popularity.

‘When the technology originally challenged the status quo, the cost of electric cars was a deterrent, as prices were significantly higher than conventional models.

‘However, our data shows that electric cars bring significant financial and environmental benefits. This is welcome news given the goal of phasing out new gasoline and diesel cars by 2030.

“For those looking to save money or buy a new car, switching to an electric car could be an attractive option given the savings on insurance, fuel and taxes.”

Motorists are encouraged to use price comparison websites to see if switching to another provider can save them money on their car insurance. 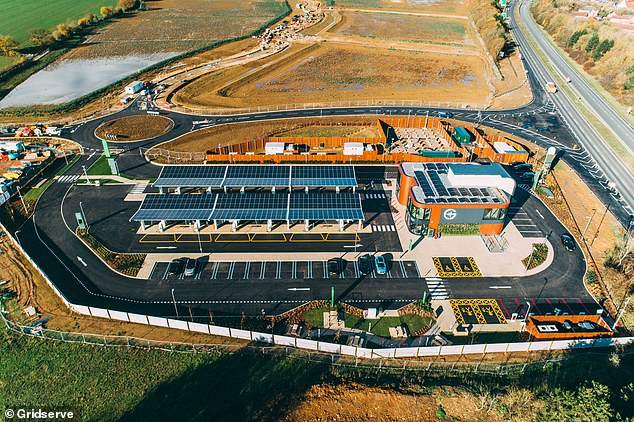 Gridseve’s groundbreaking electrical forecourt is located near Braintree, Essex and is the first of 100 sites to be built across the country over the next five years under a £ 1 billion nationwide program.

The one stop shop for electric car owners has 36 EV chargers and a service building with the UK’s top retailers including WH Smiths and the Post.

With Boris Johnson stamping a ban on the sale of new gasoline and diesel cars in 2030, the already soaring demand for electric vehicles will skyrocket over the next decade and beyond.

From tomorrow, old and new electric cars will be allowed to display special license plates with green flashes to mark them as emission-free vehicles.

They are part of a government effort to create incentives for electric cars, with the possibility that owners of vehicles with green signs could benefit from cheaper parking, free entry to low-emission zones and the potential use of bus lanes.

Uzbekistan closes new hydropower plant on time despite the pandemic