With Britons still unsure about whether they’ll be able to travel to spend Christmas with their families and loved ones this year, the Department for Transport has today announced it has spent £16million on 93 new gritters.

The vehicles will be provided to Highways England to clear motorways and major trunk roads, despite traffic volumes widely expected to be lower over winter due to restrictions and concerns about mixing with other households thanks to the pandemic.

This included an accelerated ban on petrol and diesel cars in 2030 to encourage more drivers to buy expensive electric cars and a consultation to understand how it will phase-out new diesel heavy goods vehicles in the UK.

The timing of the investment will be questioned by many, especially if the Government fails to allow Britons to drive to spend time with their families over the festive period over concerns about an increase in coronavirus infection rates.

Health secretary Matt Hancock has been reluctant to commit to the lockdown ending on December 3.

When asked about a potential extension to the deadline in a Downing Street press conference earlier this week he said: ‘The answer is that it is too early for us to know what the number of cases will be as we come to the end of the current lockdown.’

If the lockdown does end when originally planned, England will return to a tiered restriction system that is likely to cut the number of vehicles on the road with many businesses forced to remain closed and millions of people working from home.

The RAC says traffic volumes have fallen by just five per cent since England went into lockdown 2 on November 5, however, also points out that average daily trip lengths are a quarter shorter (down 24 per cent).

Reports suggest the UK’s four nations are now trying to resolve a common approach to Christmas so families across the UK can still spend time together. 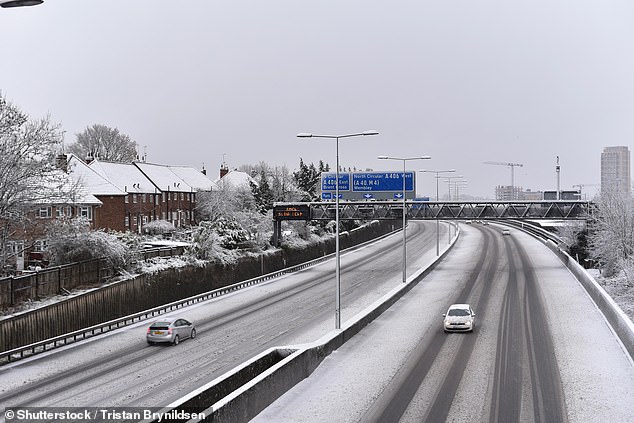 Despite the uncertainty, the Government has announced the £16million spend to add 93 new gritters to Highways England’s fleet that’s already 535 vehicles strong, the majority of which – if not all – are diesel powered.

This includes 23 snow blowers ‘capable of removing up to 2,500 tonnes of snow per hour’.

A further £40million will also be invested by Highways England to help over 250 replacement winter vehicles join the fleet, the DfT announced this morning.

It shared an image of one of 93 new vehicles – a Volvo that’s powered by a 7.7-litre diesel engine.

The announcement  comes just two days after the Prime Minister laid out his intentions to steer the country on a path to zero-carbon emissions by 2050.

This included a ban on sales of new petrol and diesel cars and vans from 2030 to encourage more drivers to switch to greener electric vehicles.

But it also confirmed that minister will discuss how they intend to ramp-up efforts to phase-out diesel HGVs.

‘A consultation on the phase-out of new diesel heavy goods vehicles to put the UK in the vanguard of zero emission freight will also be launched,’ was also confirmed on Wednesday.

This would include the likes of the 93 expensive new gritters added to Highway England’s fleet, potentially limiting the number of years they will be operating on our roads. 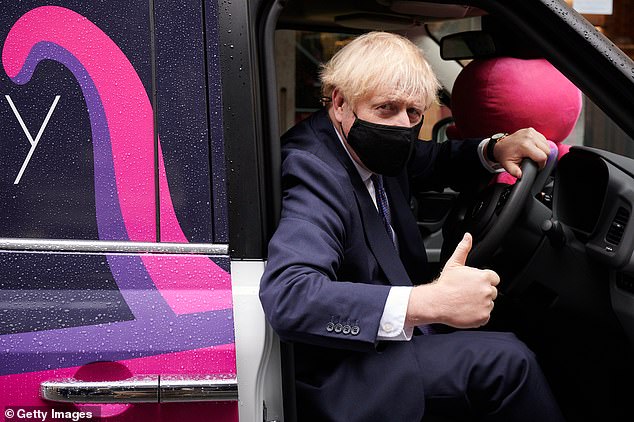 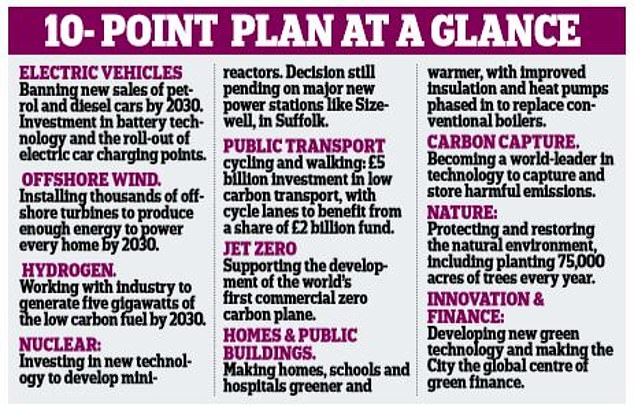 While there are currently no options for fully-electric gritting lorries, the government’s reliance on diesel power for its own fleets will likely frustrate motorists who are unhappy about being unable to purchase new petrol and diesel cars from 2030.

An investigation last month revealed that of the 1,525 vehicles the DfT currently uses, only 22 are pure electric models.

Incredibly, 1,328 of the department’s motors – which represents 87 per cent of the fleet – are diesels, according to figures divulged to Air Quality News in a Freedom of Information request.

The investigation showed that the government has made little progress in leading from the front for a switch to low-emissions cars.

In 2018, ministers pledged that a quarter of central government vehicles would be electric by 2022.

That would require the DfT to increase its electric car fleet from 22 to 381 in the next two years..

The Baroness has also written to councils urging them to ensure their supplies of salt and grit are topped up so that essential routes, such as those to hospitals and Covid-19 testing stations, are well maintained as the country prepares for the potential challenge of severe weather.

Transport Secretary Grant Shapps, said: ‘We have worked tirelessly with the country’s highways teams to make sure our transport networks are kept open and running in whatever weather we encounter.

‘This year, it is more important than ever that Britain is prepared for the winter as we continue to tackle the pandemic.

Jim O’Sullivan, chief executive of Highways England, added that the department’s bolstered winter fleet will be out treating roads ‘around the clock’ whenever ice or snow is forecast.

And despite the potential for Britons’ festive travels being limited by the Government. he added that ‘it is still important that drivers plan their journeys’ and ‘make sure they are prepared for the winter weather and drive safely in all conditions’. 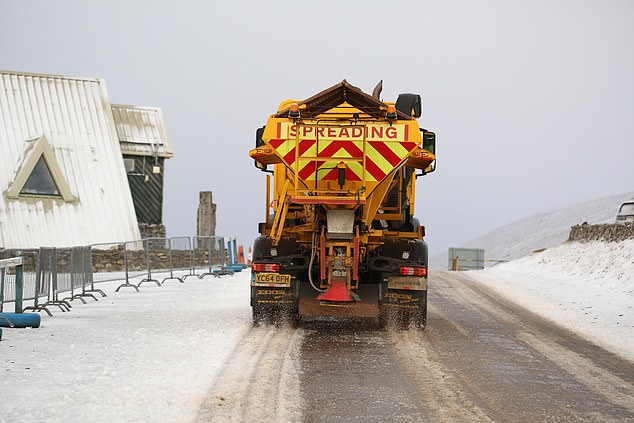 Britain is to get its first proper taste of winter at the end of this week, with temperatures plunging towards zero and snow and floods on the way.

Gritter lorries were spreading salt and sand against a wintry backdrop in Scotland this morning, with the Met Office insisting snowstorms are also possible at ‘lower levels’ in Northern England.

Elsewhere, warnings have been issued along the North Norfolk coast, where there are fears high tides, whipped by the strengthening winds, will sweep over defences and swamp homes and businesses.

The Thames Barrier is also due to close, with strong northerly winds creating a storm surge that is expected to be funnelled along the Thames Estuary.

As the mercury plummets towards freezing point, with temperatures already as low as 2C (35F) north of the border, police are urging drivers to take care, warning that trees could be toppled by gales.

Weather forecasters say sleet and hail will batter Britain for the rest of the week, with lows of 1C (33F) after reaching a balmy 17C in some places just two days ago.

Some links in this article may be affiliate links. If you click on them we may earn a small commission. That helps us fund This Is Money, and keep it free to use. We do not write articles to promote products. We do not allow any commercial relationship to affect our editorial independence.

One in three motorists cannot afford even the cheapest electric car, warn experts

Expensive parking fail! Porsche hits SUV in driveway then careers over wall and lands on another car

Hong Guang Mini is the £ 3,200 EV that surpasses Tesla in China

Expensive parking fail! Porsche hits SUV in driveway then careers over wall and lands on another car