Jaguar will be an all-electric luxury car brand from 2025

Jaguar Land Rover executives have outlined the automaker’s future plans, including plans for Jaguar to be an “all-electric luxury brand” capable of rivaling Tesla by 2025.

With this move, Jaguar will completely eliminate the gasoline engines that made a name for themselves over the next four years.

Land Rover will also launch six new all-electric models over the next five years. By 2030, every car in its range will have an electric option. 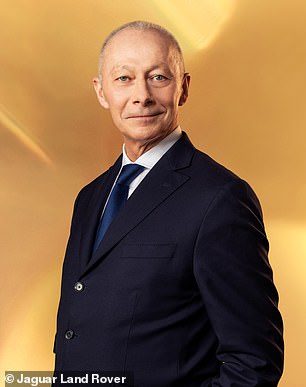 Jaguar will be a direct Tesla rival from 2025: The British brand will be a pure electric car manufacturer in 2025. This is part of the UK’s largest automaker’s larger plans to switch to battery-powered vehicles announced this morning by new French boss Thierry Bollore (correct)

At the same time, he said Land Rover will phase out diesel engines from 2026 and invest more in hydrogen fuel cell technology.

Jaguar Land Rover is one of the automakers hardest hit by the declining demand for diesel vehicles in recent years.

The model range of both brands relied heavily on diesel engines, the sales of which have shaken the industry in the years since the VW emissions fraud scandal in 2015.

Ballore, the brand’s new French boss, was drafted into JLR last July after being ousted by Renault after less than a year in the top job. He took over Carlos Ghosn, who had spectacularly fled Japan to Lebanon last year to avoid allegations of corruption there.

Bollore said the Reimagine strategy’s goal will not only revive the fate of JLR – owned by India’s Tata Motors group – but also set it on its way to becoming a net-zero carbon company by 2039.

The headline is the dramatic change for Jaguar to be reinterpreted as an all-electric luxury brand by 2025.

The statement said: “By the middle of the decade, Jaguar will see a renaissance in becoming an all-electric luxury brand with a dramatically beautiful new portfolio of emotionally engaging designs and next-generation technologies.

This will put the legendary British manufacturer right against Tesla, which currently has a stronghold in the premium EV market.

Ironically, Jaguar’s reliance on diesel for the past decade only came after the company initially lost to competitors like BMW and Mercedes and turned away from gasoline engines in the early 2000s.

Jaguar was known for its smooth and powerful inline six and V8 gasoline engines for many years, but its XF and XE sedans can now only be ordered with a four cylinder gasoline engine or a mild hybrid diesel engine. 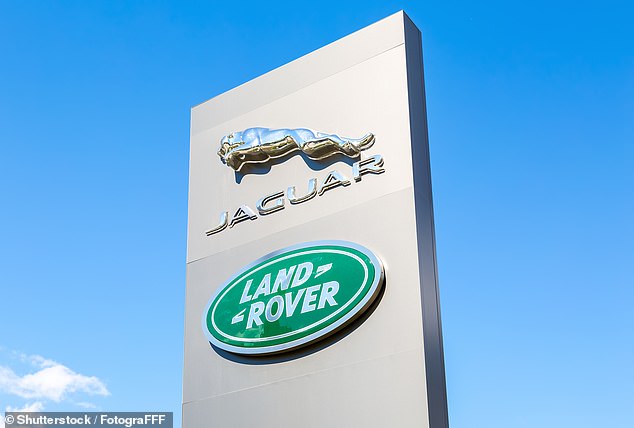 Jaguar Land Rover will phase out diesel engines from 2026 and invest more in hydrogen fuel cell technology, the bosses said on Monday 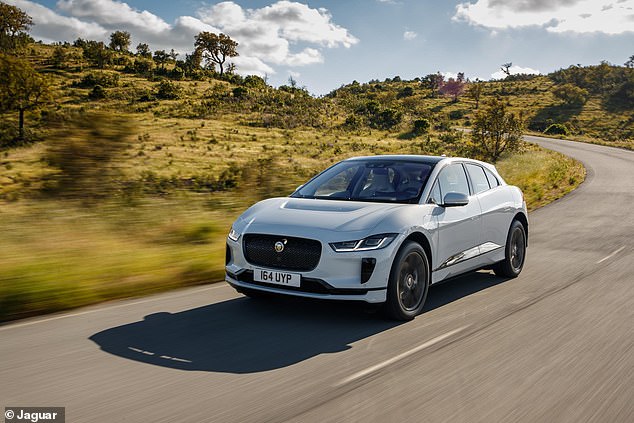 The I-Pace SUV (picture) is currently the only electric vehicle in Jaguar’s range. Introduced in 2018, prices start at £ 65,195

One model that can’t compete against Tesla’s Model S is an all-electric XJ sedan.

The JLR statement has confirmed that the well-developed plans to launch the XJ EV later this year have been completely scrapped.

“After a thorough technology review against the exponential change in the automotive industry, we concluded that the proposed XJ replacement did not fit our vision of a redesigned Jaguar brand,” the statement said.

‘We made the tough decision that it won’t be part of the line-up as the brand wants to realize its unique potential. However, the nameplate can be retained. ‘

Who is Thierry Bollore? 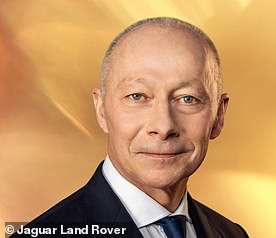 The new JLR boss Thierry Bollore comes from Brittany in France and has an MBA from Paris Dauphine University.

One of the most pressing items on his tray when he took over JLR is the challenge of bringing Britain’s largest automaker back to profit after a major blow from the Covid-19 pandemic and concerns about sales in one of its largest markets – China a time of international tension.

But Bollore’s experience with electric cars, charging systems, and changing mobility patterns – where future generations can use vehicles but may not own them – gained at Renault and through family connections, may have played a strong role in his appointment against a strong person List of competing external and internal candidates.

He has a strong track record in the auto industry in China, where JLR may feel exposed in the current political climate.

He also has a proven track record of quality control of services, with the British brand notorious for making less reliable engines that tend to improve reliability in owner surveys.

Bollore is a cousin of French billionaire Vincent Bollore, whose family-run investment company Bollore has a keen interest in electric car and charging systems, including making it available to the UK capital, despite the fact that the Bluecity car sharing program in London ended in January after a bad takeover – above .

His extensive international experience on many continents – especially in China – should benefit him.

By the end of the decade, the company aims for 100 percent of Jaguar sales to be all electric, along with three out of five Land Rover registrations.

When moving to battery cars, the brand will only use three architectures: two for Land Rover and a new pure BEV platform that will be exclusive to Jaguar.

“It’s time to revisit the next chapter for both brands … British brands outfitted with a rich tapestry of timeless designs,” added Bollore.

JLR said it will spend around £ 2.5 billion annually on electrification technologies and developing connected vehicle services.

Tata Motors shares rose as much as 3% after the announcement.

To strengthen Britain after Brexit, the bosses said there are no plans to shut down any of its “core manufacturing facilities,” which include the Solihull and Castle Bromwich plants in the West Midlands and the Halewood plant near Liverpool .

From a core manufacturing perspective, this means Jaguar Land Rover will keep its factory and assembly facilities in its home UK market and around the world, ”he said.

Jaguar Land Rover has announced that it will not discontinue current products and has no plans to discontinue production of existing models.

Jim Holder, editor-in-chief at Autocar, said the bigger impact on the JLR workforce is yet to be seen as the strategy clearly signals that it will reduce production capacity and reduce its presence in the UK outside of production facilities.

‘While details were scarce in today’s announcement, it is clear that Jaguar Land Rover, like most automakers, has come to the realization that its business model had to be completely ripped apart for it to stand a chance of succeeding in the future ” , he said.

Mr Bollore also confirmed that JLR is committed to phasing out diesel engines by 2026 and will also invest heavily in developing hydrogen fuel cell technology. The company’s first hydrogen technology mules are expected to be on public roads by the end of 2021.

While this was more than any other UK manufacturer, it was 37 percent lower than production in 2019. 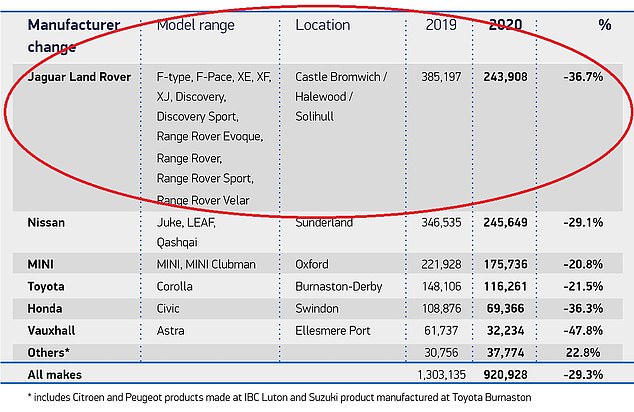 Proven insurance to protect the future of your loved one

Proven insurance to protect the future of your loved one