A new auto insurer targeting motorists in their twenties said good drivers could save 40 percent on their premiums as part of its policy.

Rooster Insurance, an app-based company, states it offers customers premiums based on how they actually drive, as opposed to demographics like age and marital status.

It is designed to help younger motorists save money on their car insurance. However, it is available to any age group who want cheaper insurance.

The company claims it wants to shake up the “obsolete insurance industry” with the belief that the traditional way of pricing auto insurance is unfair and broken.

According to Rooster Insurance, younger drivers can save money on their premiums through their app

According to Rooster, the current pricing method often pools good drivers with bad drivers, meaning that those who can drive well are effectively subsidizing the claims of those few bad drivers.

As such, it has created another way of measuring a driver’s risk outside of the usual demographics, to offer insurance at fair prices and to buck the trend of high insurance premiums.

How does it work?

Customers who want to take out car insurance with Rooster can register using the app.

This is to speed up and simplify the process without having to fill out long forms. All the driver has to do is scan his driver’s license and answer a few questions.

Drivers aged 20 and over who have been driving for at least 12 months will complete a three-week one-time test drive to earn a score on which their offer is based.

If you are not older than 20 years or have driven less than a year, you cannot apply.

Customers must take the three-week test drive in the three weeks prior to their policy renewal while they are still covered by their old provider. 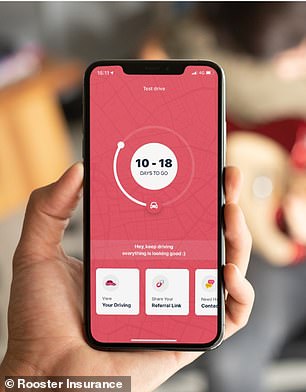 For those who don’t have existing insurance, such as a new car, they can get temporary insurance from another provider during that three week period while the test is being run – although it can be expensive and may not be worth the hassle . Especially since a cheaper policy is not guaranteed.

Users download the app, which records how and where they drive, through their phone.

It monitors how gently you brake, how fast you drive, how steadily you drive and whether or not you are distracted on the road.

It does this by activating your phone’s GPS and motion sensors.

It has created a unique motion DNA profile for each driver and vehicle that the app can use to determine when you are driving your car or simply a passenger in a taxi or bus.

Machine learning and artificial intelligence are used to analyze your phone’s data to determine your driving behavior.

In contrast to telematics guidelines that monitor driving for the duration of the policy, however, Rooster Insurance only evaluates driving behavior during the test drive via its app.

This gives young drivers both a fair insurance cost and a sense of confidence in their skills.

At the end of the trial period, users will receive a set offer based on how they actually drove. 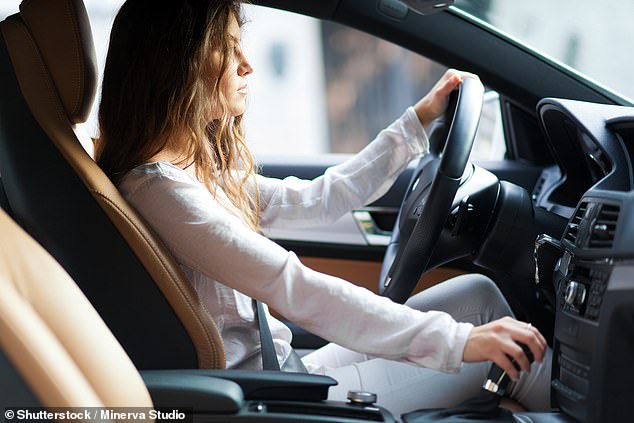 Rooster claims that this can save good drivers up to 40 percent compared to the best price on the market.

The average of the three best prices for the same profile customer on the leading price comparison engines is determined. Rooster Insurance also uses customers’ renewal offers if they have them.

The test drives are valid for 18 months and the offers for 60 days.

However, unless you can prove that you are a good driver, you will not be offered any insurance at all.

The company doesn’t insure bad drivers at the end of the three-week test drive, so it uses the savings to keep insurance costs for good drivers as low as possible instead of regularly paying off bad drivers’ claims.

It believes this is a smarter way to measure a driver’s risk in order to offer insurance at fair prices.

By using an app-based system, the infrastructure costs are also low.

“It is unfair for so many people to pay so less for the mistakes and I believe we are a nation of good drivers who deserve an affordable cost.

“Young drivers in particular are often exploited, and I’m so glad we can help them get out on the road while promoting the benefits of a safer driver.

“Starting with a simple premise, we’re challenging the big dogs in their own game with a brand new offering that will cut insurance costs for so many people. We can’t wait to see the industry blaze up on our way. ‘

The soft app was launched in August last year, but officially launched this week.

The insurer is approved and regulated by the FCA. All policies are complete and signed by Mulsanne Insurance and reinsured by Munich Re and Trans Re.