Cities across the UK should restrict traffic and ban the most emitting vehicles in order to most effectively tackle their high levels of air pollution, according to a European health organization today.

A new report said the most effective way to reduce pollution is to get older models out of cities, and that charging downtown drivers of dirtier cars is only about half as productive as banning them outright.

The report comes a week after Bath became the first England city outside London to introduce a congestion zone, despite the system not placing a burden on private vehicle drivers.

The European Public Health Alliance also said the most cost-effective impact on reducing pollution in the city center would be for local authorities to restrict parking availability and install wider sidewalks and bike paths – like those used throughout the Covid-19 pandemic London – are expensive and have little impact on emissions reductions.

Banning Environmentally Harmful Engines: A new report from the European Public Health Alliance states that the restricted areas for dirty older vehicles are by far the most effective way to reduce air pollution in cities with populations over a million

The EPHA report claims to have analyzed the impact of a number of systems introduced in European cities aimed at lowering emissions and reducing congestion.

A ban on the most polluting cars could reduce harmful emissions by around a third.

This would reportedly save them up to € 130 million a year in health and other costs, the study for EPHA estimated.

According to the European Environment Agency, air pollution is the leading cause of premature deaths from environmental factors, with cities being hit hardest.

Toxic air is also a major cause of According to the World Health Organization, diseases are linked to higher Covid-19 death rates.

Restrictions imposed by pandemics had significantly reduced traffic volumes from March 2020. In the first month of the lockdown (which began a year ago today) traffic fell by up to 80 percent, which in turn led to a decrease in pollution.

However, emissions are rising again, according to EPHA, and in some cities they’re now worse than they were before the pandemic. 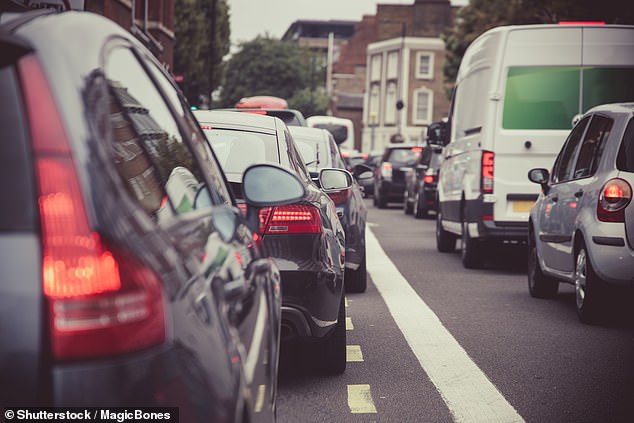 On behalf of the campaign group, the researchers examined 28 types of existing urban policies in cities of more than a million people around the world, from zero-emission public buses to shared e-scooters, to determine their impact on harmful particulate matter (PM) and nitrogen oxide (NOx) levels.

It found that restrictions on pollution from urban vehicles – such as the upcoming ultra-low emission zone in London and similar regulations in Paris, Milan, Krakow and Athens – are most effective and reduce PM and NOx Reduce exposure by 23 percent or 36 percent.

Congestion zones in cities like London, Stockholm, Gothenburg and Milan have only reduced PM by up to 17 percent and NOx by up to 12 percent, saving an estimated 95 million euros in social costs.

“Both types of schemes must be of significant size and well monitored to function well,” the report adds.

‘Cameras for scanning vehicles and other infrastructure make both systems expensive to set up, but fees pay off quickly. Investing pollution charges in more active transport and public spaces promotes wellbeing and further lowers social costs. ‘ 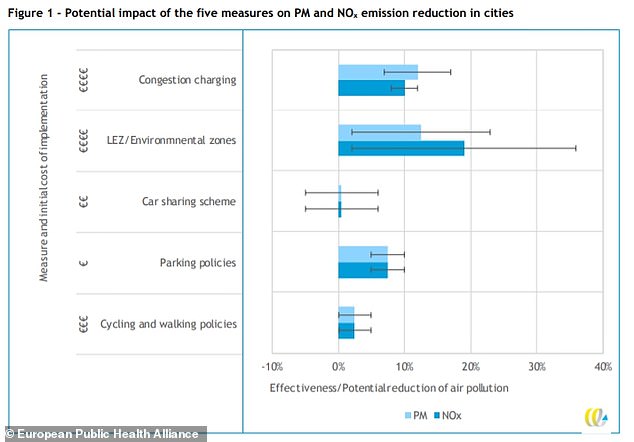 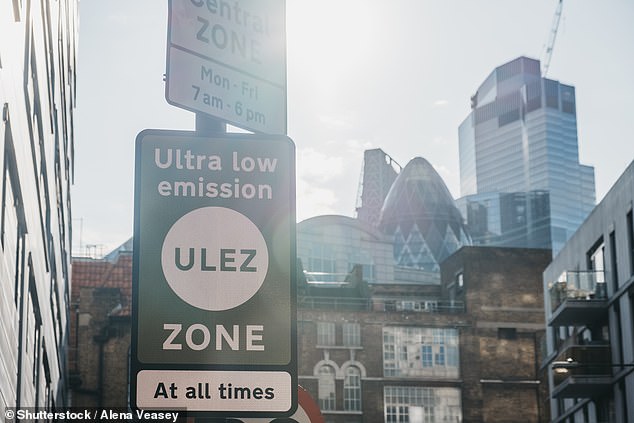 London’s ULEZ, which bills owners of older diesel and gasoline cars £ 12.50 a day, is believed to be the most effective way to improve air pollution

The study also recommended that UK cities consider parking restrictions, which, while cheap to implement, are one of the most effective tools for reducing vehicle emissions.

In the few cases where it was specifically used to reduce pollution, emissions reductions on the order of five to ten percent have been achieved, the researchers found.

With the Department of Transportation planning to spend around £ 2 billion on bike lanes over five years, EPHA says they make “relatively small profits” when it comes to reducing air pollution.

Car sharing programs such as those offered in Paris, Amsterdam and Cologne have done little to reduce pollution and only make sense in the largest cities. They can also compete with public transport and add pollution when shared vehicles are old. 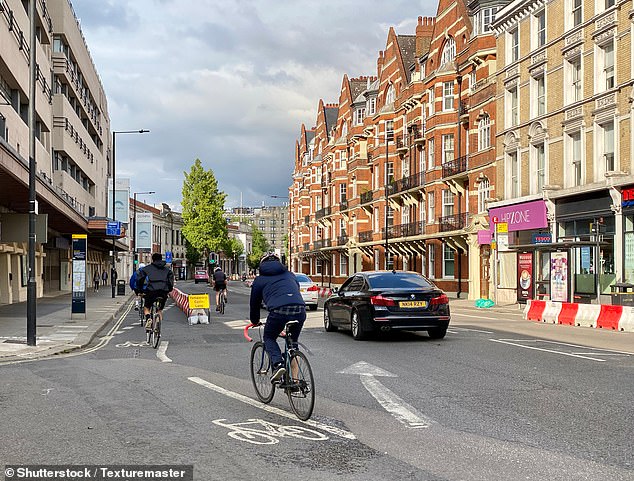 The acting Secretary General of the EPHA, Sascha Marschang, commented on the report as follows: “For many decades a dirty cloud has hung over the cities causing asthma, heart disease and lung cancer. If we fight Covid-19 with vaccines, we have to fight this cloud of disease too.

“Protecting people’s health is essentially a united struggle, and concerned citizens should urge mayors to take a leading role in this struggle. Now is the time for city leaders to really “do better back down” to truly improve people’s health and the environment. “

The Medact campaign and program leader for climate and health, Dr. Ben Eder added: “On March 11th, as part of a campaign with Choked Up, Mums for Lungs and a letter from more than 100 health professionals to London mayoral candidates, we wrote to EDF Clean Air that we were addressing the health inequalities of air pollution need to eliminate.

“Health workers see the devastating effects of dirty air in our cities every day. This European Public Health Alliance investigation provides further evidence that measures need to be implemented across the UK to tackle inequalities in air pollution and ensure healthy air for all. ‘

Mayors should take a range of actions that are appropriate for their cities, EPHA said, with effective options regardless of budget level.

Two-thirds of cities are violating clean air standards set by the World Health Organization, with deprived neighborhoods being hardest hit. According to the EEA, PM, NO₂ and O₃ lead to around 40,000 British people dying prematurely.

A 2020 study for EPHA found that dirty air costs Britons an average of £ 850 a year, mostly related to health, lost work days and early death.

The first clean air zone in England outside London will start on March 15th. Vehicles such as buses and trucks will be charged for travel into central Bath.

Commercial vehicles that do not meet mandatory emission standards pay a daily fee, but private cars and motorcycles are exempt for the time being.

The Bath and North East Somerset Council said the move could bring emissions to legal levels by the end of 2021. 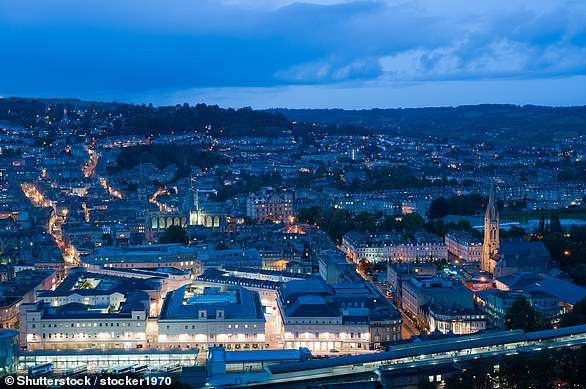 Some areas in the city regularly exceed the legal limits for pollution by nitrogen dioxide (NO2) – even during the closure.

Drivers of high emission commercial vehicles are charged a £ 9 fee and trucks and buses £ 100. Private rental vehicles and taxis also have to pay £ 9 per day.

Automatic license plate recognition cameras are installed on all roads leading into the zone and vehicle license plates are checked against a DVLA database. 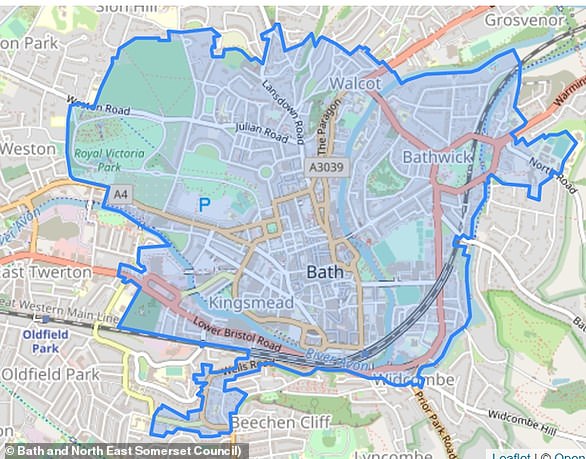 Drivers with non-compliant chargeable vehicles – including those from outside the UK – must register and pay for their trip online or they will be penalized.

Liberal Democratic Council President Dine Romero said: “This is a landmark for the city. We have resigned ourselves to unacceptable levels of nitrogen dioxide for too long.

“This is unfair to residents, especially vulnerable older people and children. We want to reduce NO2 pollution in Bath to the legal limits by the end of 2021 at the latest, and we can only achieve this with a rechargeable clean air zone.

“We know this is a tough time for businesses, but we kept the zone running during the pandemic as it is an urgent public health issue.

“However, we are working with local residents and businesses to help them replace polluting vehicles with cleaner ones, and there is significant financial and practical assistance available.”

Some of the links in this article may be affiliate links. If you click on it, we may receive a small commission. This helps us fund This Is Money and use it for free. We don’t write articles to promote products. We do not allow any business relationship that would affect our editorial independence.

Covid-19-News: The Moderna vaccine seems to work against new variants