The new DS4 brings elegant looks to the crossover market

The French premium car manufacturer DS Automobiles has added a fourth “goddess” to its range.

The new DS4 crossover will be unveiled this week before arriving in UK showrooms in November in various drivetrains – including a plug-in hybrid. The price is between £ 25,000 and £ 40,000.

Spoken in French, the letters “DS” sound like the French word for “goddess” and are reminiscent of the original classic and curvy Citroen DS of the 1960s.

French firm’s newest goddess: This is the fourth new model from Citoren’s spin-off luxury arm DS Automobiles. And it’s supposed to add some glamor to the luxury crossover segment

The new DS 4 is the fourth new independent “DS” in the series since its introduction six years ago and follows the DS 7 Crossback, DS 3 Crossback and DS 9.

DS Automobiles’ is the premium brand that was spun off from the Citroen sibling with the aim of introducing a new generation of ‘avant-garde’ design. Both were part of the Peugeot-Citroen PSA group, which after a mega-merger last month became part of the much larger Stellantis group, which also includes brands like Fiat and Chrysler.

The new DS4 designed in Paris is also fascinatingly the first former PSA Peugeot-Citroen Group car to be built in Germany at the Rüsselsheim plant where Opels and Vauxhalls are built, including the Insignia sedan and the next generation Astra more French brand cars to follow.

With a length of 4.4 meters, a width of 1.8 meters and a height of 1.5 meters, a striking radiator grille and wheels of up to 20 inches, the new DS4 wants to make a statement on the road.

There are three versions: the standard DS4, DS4 Cross and the top class DS4 Performance Line.

The engine of the DS4 consists of a series of drivetrains that promise a top speed of up to 140 mph with an acceleration of 0 to 62 mph in 8.5 seconds.

The battery-powered plug-in hybrid setup consists of a turbocharged 4-cylinder gasoline engine with 180 hp, which is connected to a 110 hp electric motor with a range of more than 48 km

All are connected to 8-speed automatic transmissions. 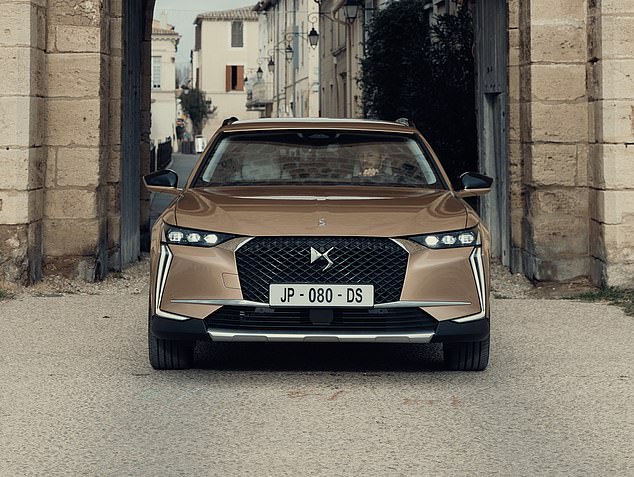 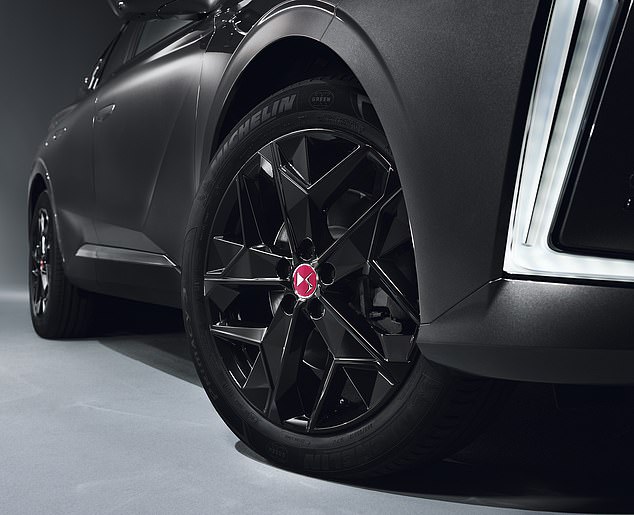 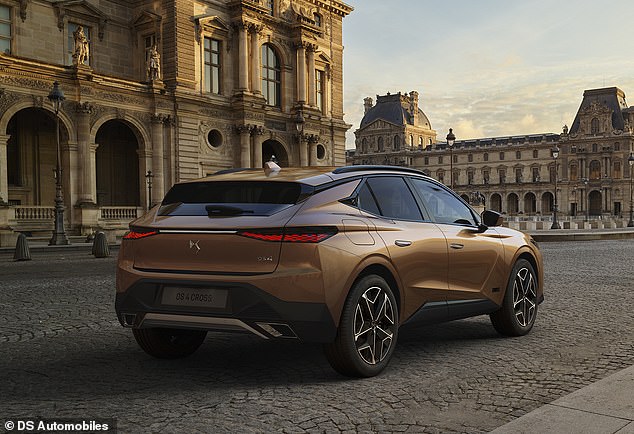 The new DS4 has very slim projector headlights with a combination of matrix and directional lighting, supplemented by daytime running lights, which consist of two rows of LEDs on both sides – a total of 98 LEDs.

A luxuriously cozy, calm, modern and clearly arranged premium interior with elements that are inspired by the fine art of watchmaking is part of the avant-garde or the innovative avant-garde. The materials include various leather, alcantara, forged carbon, wood, which are upgraded with new soft-touch fabrics and upholstery techniques. 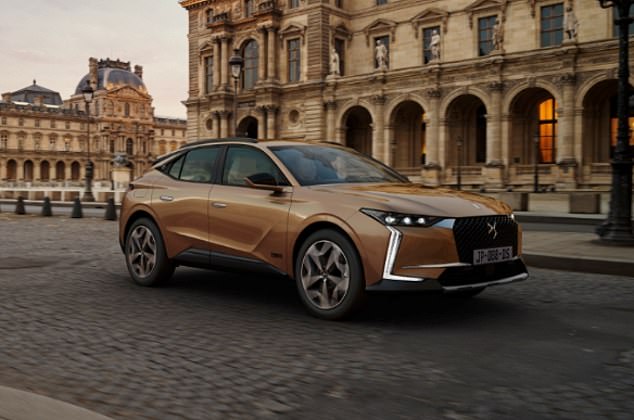 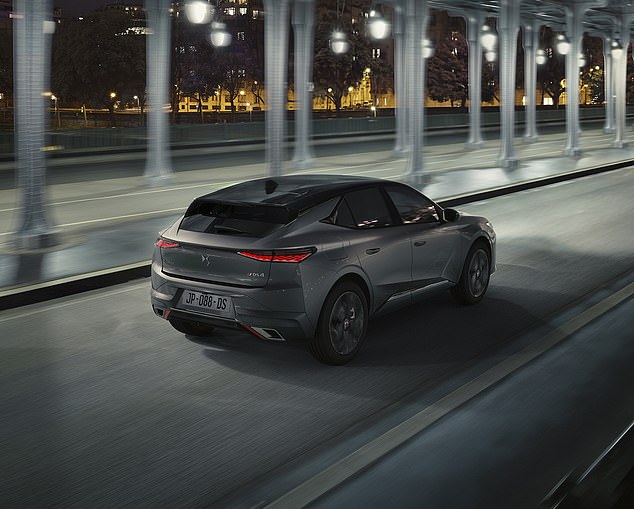 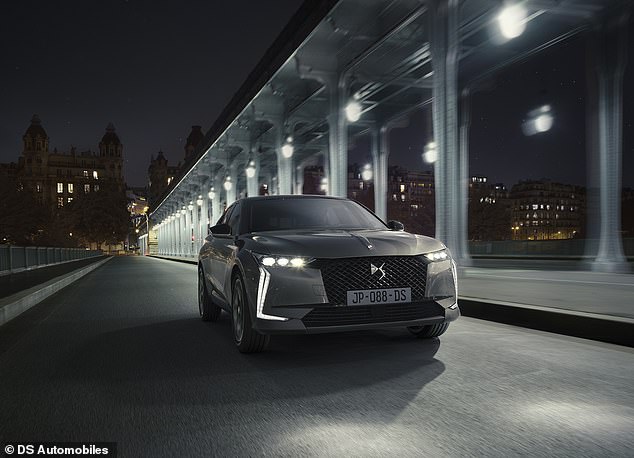 The DS4 will be sold with a choice of gasoline and diesel engines, and there will also be a plug-in hybrid version

Hi-end audio systems and a high-tech air purification system should make life in motion as relaxing as possible. The indoor air is cleaned in a few minutes and the air quality is displayed on the dashboard.

For busy families on the move or singletons and couples with an active lifestyle there is a 430 liter trunk with a hands-free opening and powered tailgate.

The company states: “An optical illusion is used to display data four meters in front of the windshield diagonally, with the driver’s gaze following 21 inches.

“Critical information such as speed, driver assistance, navigation, warning messages or even the lane you hear or the call you answer is projected onto the road.” 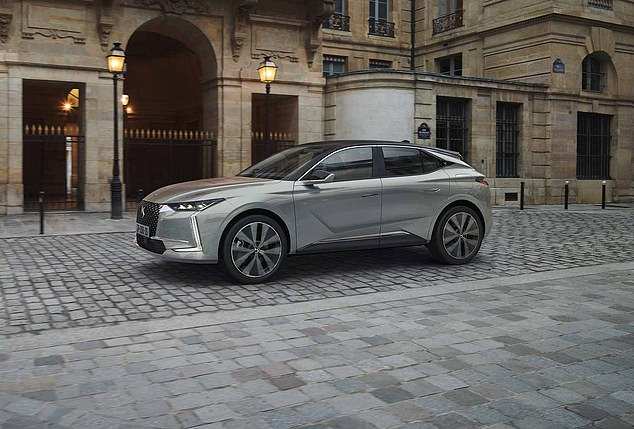 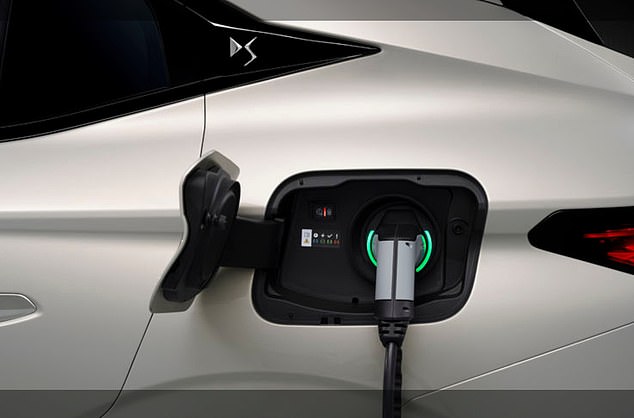 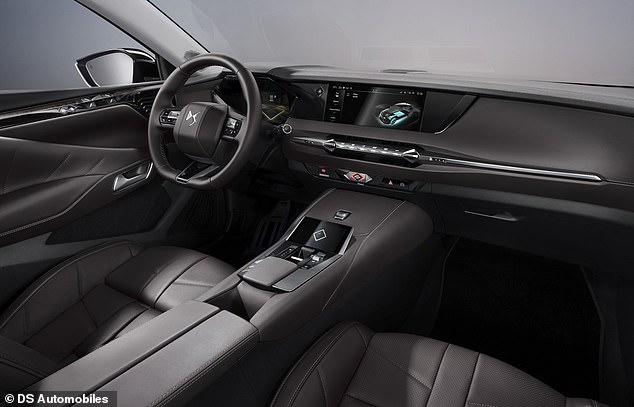 The company says: ‘The cruise control adjusts the speed depending on the traffic flow and can stop and restart in a traffic jam. The system also ensures precise vehicle positioning in the driver’s lane. ‘

It also has semi-automatic overtaking, speed adjustment for corners, and expected speed recommendations from signposts.

DS4: Will it fit in my garage? 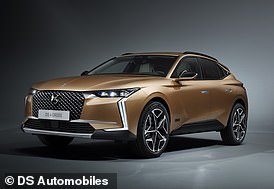 The steering wheel has a grip sensor that constantly checks whether the driver is active as he should always be in control.

New ‘radar corners’ make it possible to monitor the blind spot over long distances (with a range of 75 m) and to warn of traffic behind, in order to avoid a collision with a hazard in the blind spot.

With the “night vision” option, an infrared camera in the grille is used to detect pedestrians and animals at a distance of up to 200 meters at night and in poor lighting conditions when they flash on the digital display and head-up display

It’s also a relatively eco-friendly machine with 95% DS 4 made from reusable materials and 85% recyclable parts. Almost a third (30%) of its weight comes from renewable or recycled metals and plastic polymers. The dashboard alone consists of 20% hemp for parts that are not visible.

Thierry Metroz, Design Director of DS Automobiles, said the finished product was inspired by the DS Aero Sport Lounge concept car, noting, “The outline is sporty, very muscular, compact and sits on very large wheels. It has proven to be aerodynamic, efficient and charismatic at the same time. ‘

The DS brand was introduced in 2015 as an independent brand and is intended to “embody the French luxury savoir-faire in the automotive industry”.

The company is “designed for customers looking for personal expression and seeking new technology”.

It adds that it is “driven by the spirit of the avant-garde and backed by an extraordinary legacy – that of the 1955 DS”.

Justin Bieber’s 10 greatest hits in the past 10 years